any of you might know already that the Christmas Tree-decorating humanity can be divided into two major factions: the “Star on Top” and the “Angel on Top”.

There is a small minority still clinging on to the idea of putting a “Pointy Thingy on Top” but the mere idea is so ridiculous that this faction is destined to disappear very soon.

I am a fervent supporter (in more than one aspect) of the “Angel on Top” solution.

And you will become one yourself, after you’ve read the true story with which it all started…

When ten of Santa’s elves called in sick, the trainee elves were unable to produce toys as fast as the regular ones, and Santa began to feel the Pre-Christmas pressure.

Then Mrs. Claus told Santa that her mother was coming to visit, which did not lift Santa’s spirit a bit.

When Santa went to put on the harness on his reindeers, he found out that three of them were about to give birth, four others had jumped over fence and were out, Heaven knows where, while the last two had decided to go on strike and were holding some impolite signs about whipping.

Then Santa tried to load the sleigh, but a couple of old floorboards cracked, the toy bag fell to the ground and all the toys scattered in the snow.

Quite frustrated, Santa went back into the house for a cup of apple cider and a stiff shot of rum.

When he opened the cupboard however, he discovered that the elves had drunk all the cider and hidden the liquor (now you know why the ten elves had called in sick in the first place…).

In his frustration, he threw the cider jug away and it broke into hundreds of little pieces that scattered all over the kitchen floor.

Now truly irritated, he went to get the broom and found out that the mice had eaten all the straw off the end of the broom.

Just at that precise moment the doorbell rang, and a fuming Santa marched to the door, yanked it open, and there stood a sweet little angel with a beautiful big Christmas tree.

The angel said very cheerfully in a sweet chirpy voice: “Merry Christmas, Santa. Isn’t this a lovely day? I have a beautiful tree for you. Where would you like me to stick it…?”

And so began the tradition of the little angel on top of the Christmas tree. 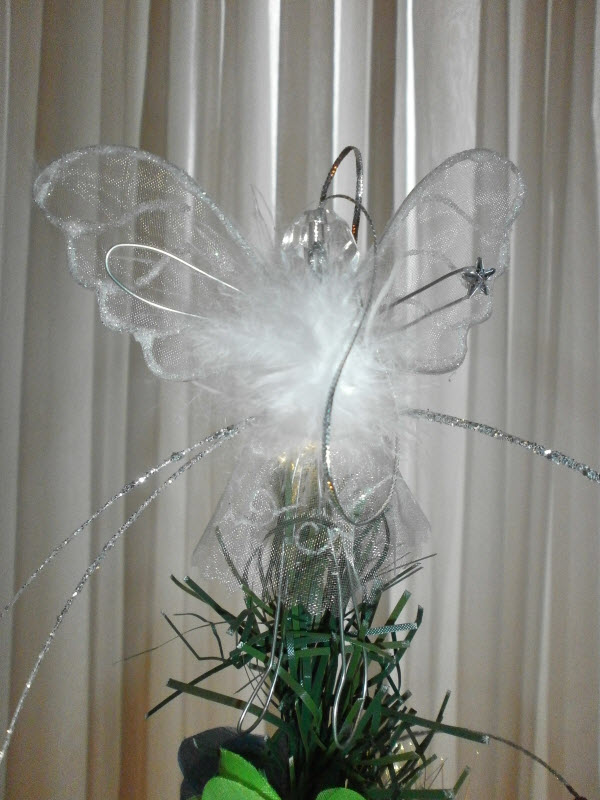 Merry Christmas, regardless of what you have on the top of your tree.

Knowledge is knowing a tomato is a fruit; Wisdom is not putting it in a fruit salad.