s children, we sat in cars that had no seat belts or air bags.
We even sat in the front seat.

…Travelling in the back of an open van was a special treat and we still cherish the memories.

…Our cribs were painted with bright colors, using lead-based paints.

…We did not have safety locks for children on medical packages, electric wall-sockets, bathrooms or doors.

…When we went biking, we did not wear helmets.

…We drank water from the garden hose instead of a bottle of mineral water.

…We spent hours and hours constructing carts with the bottoms of fruit caskets and wheels made of discarded ball-bearings.
The lucky ones who lived in a street downhill threw themselves down at full speed and halfway remembered not having brakes.
After several crashes into the bushes, we learned to solve the problem.
Yes, we crashed into bushes, not cars!

…We went out to play with the sole obligation to return before sunset.

…We did not have cell phones, so that no one could track us.
Unthinkable.

…The school lasted until noon, then we went home for a warm meal with the whole family (yes, even dad was there!).

…We cut ourselves, we may even break a bone, we lost a tooth, and no one sued anyone because of these incidents.
The fault was ours, no-one else’s.

…We ate biscuits, bread, olive oil and salt, bread and butter and drank soft drinks full of sugar and we were never overweight, because we were always running and playing.

…We shared a bottle of soda with the four of us, drinking from the same bottle.
No-one ever died from this.

…We did not have Playstations, Nintendo 64, X-box, Video games, cable television with 999 channels, VCRs, DolbySurround, personal smart-phones, computers, Internet chat-rooms.
Instead, we had so many FRIENDS.

…We went out, we mounted a bike or walked to a friend’s house, we just rang the bell or simply walked in without knocking.
He was there and we went out to play.
Just like that!

…Yes! Out there! In the cruel world! Without a keeper!
How did we do that?

…We did games with sticks and cheap tennis balls; we formed teams to play a game.
Not all of us were chosen, but after the game no-one ever went to a psychologist because of this horrible trauma.

…Some students were not as bright as others and when they failed the finals, they did the year over.
Nobody went to a psychologist, or a child psycho-pedagogue, no-one suffered from dyslexia or attention problems or hyperactivity; we just took some clout around our heads and repeated the year without further problems.

…We had freedom, failures, successes, and learned how to handle them and to develop accountability.

The big questions then are:

How did we survive?
How did we grow up and become grown men?

We just did, and that is why we (born in the 50’s) are such wonderful heroes. 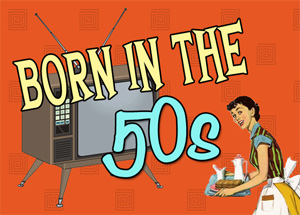