saw a nice news-spoof on the net, and though it was not entirely correct, I still think it was really funny…

“After a two years loan to the National Gallery of Art in the United states, Michelangelo’s “David-Apollo” is heading back to Italy”.

This is, at least in title,  the  true story, not the spoof one…

However, the “David-Apollo” (or also called ‘Apollo-David’, or ‘Apollino’ or simply ‘Apollo’) is not the same thing as the perhaps more famous “David” whose copy stands eternally in the Piazza della Signoria in Florence, an image that almost every inhabitant of the cultured part of the planet Earth may (and should) know.

…While this is his perhaps more famous “cousin”, the ‘David’ (the “Real Thing”):

…And this could have been on the front page of a random Italian newspaper, if Italy had lent for two years long the David instead of the Apollino to the United States: 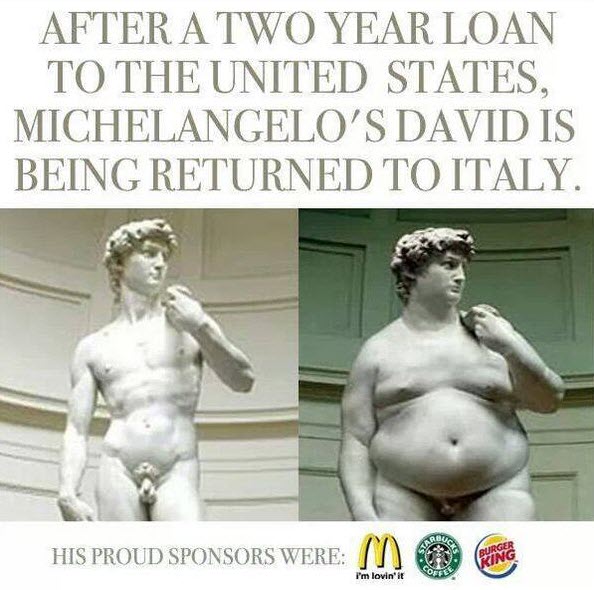 Long Live The Kingdom of Bhutan!

(The only Country in the civilized world that has openly forbidden any McDonald’s franchise on its territory).