oday we commemorate the 70th anniversary of the Normandy invasion, known all over the world as “D-Day”.

Thousands and thousands of men met their destiny on those beaches.

Everyone is celebrating the Allied invasion and commemorating all those victims.

…True, we should never forget.

June 6th 1944 should always be remembered as the day when the liberation of Europe truly began.

Some people may dispute that it had already started almost one year before, when the Allied landed on Sicily (July ’43), but then again, Italy has never been considered “Europe” and Mussolini had not the same caliber of Hitler, so we may easily forget.
Moreover, Germany had not occupied Italy. Italy was an ally of Germany, so technically, no-one was “liberating” an occupied territory after all.

No matter what, the true liberation of “Fortress Europe” started on the beaches of Normandy, and that can be righteously celebrated.

But we should also never forget that in front of every Allied soldier, there was a German one and that not all of them were fanatical Nazis.
On the contrary, the most were poor young guys just like their Allied counterparts, who could not refuse to go to combat.

And after 70 years maybe the time has come when we begin to celebrate the fallen soldiers of the victorious and the defeated alike, because in the end all of them were pulling the shortest straw. 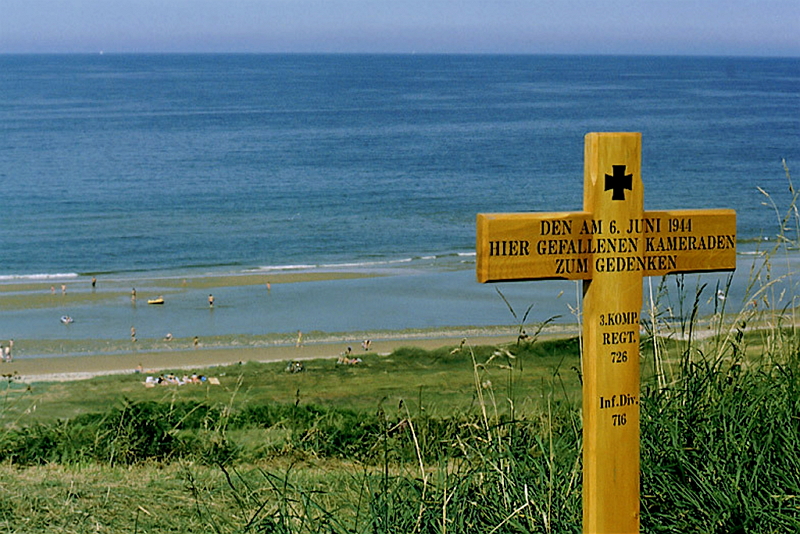