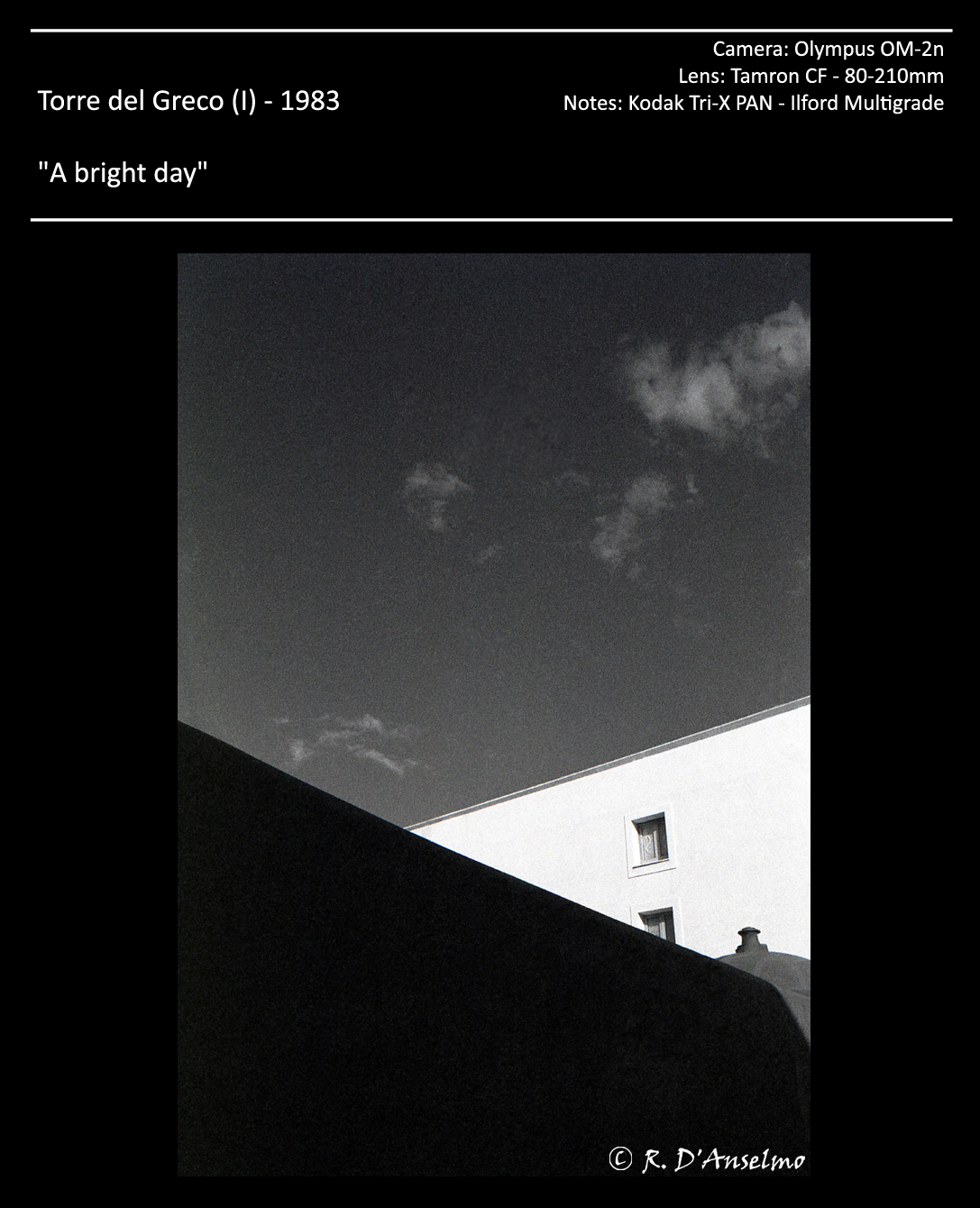 nce again on a wandering day, this time along the coast to the South.

Not really sure where this particular spot was, I just can vaguely remember that I scribbled “Torre del Greco” on the paper strip attached to the B&W film I developed later on. Yeah, I did my own B&W developing (and printing!)…

I can remember that it was a crisp and sunny winter day, with a sky reminiscent of a perfectly polished steel plate that had been given a perfect and bold new coat of paint, so blue that it would have not looked real if there hadn’t been a few clouds.

Because the day had started a little gloomy, I had loaded a Tri-X Pan film (400 ASA) which turned out to be totally unnecessary. On the other hand, it gave the extra choice of processing it with some extra grain, an effect I do not dislike, if applied judiciously.

I had got completely lost during the wandering, as I never keep track of my bearings when some interesting spots announce themselves through the viewfinder.

I had an ill-defined sensation of standing behind the walls of a young ladies’ boarding school of some sort, at its back, where a chapel and a garden might have been. I remember I could hear the sparkling echoes of voices and laughter spilling over the high wall and then, all of a sudden,  all went silent as if the girls had never been there and I had imagined it all.

It was a most peculiar cognition, like suddenly waking up during a dream and being a hundred percent sure to be actually hearing the sounds of what the dream was about.

Maybe, I had imagined it all. I haven’t the faintest idea. I only know that I remained still, for quite a few minutes, waiting to hear those girlish voices and the laughter, but the world remained completely silent.

I saw very clearly, in that moment between dream and reality, the beautiful sharp shadows, the perfect lines of the walls, the windows and the fluffy crags of clouds in the sky, felt the eerie silence and I knew this would become a beautiful photograph.

By the way, it took me the best part of an hour to find the route to the train back home…

Imagine if trees gave off WiFi signals; we would be planting so many trees and we’d probably save the planet. Too bad they only produce the oxygen we breathe.