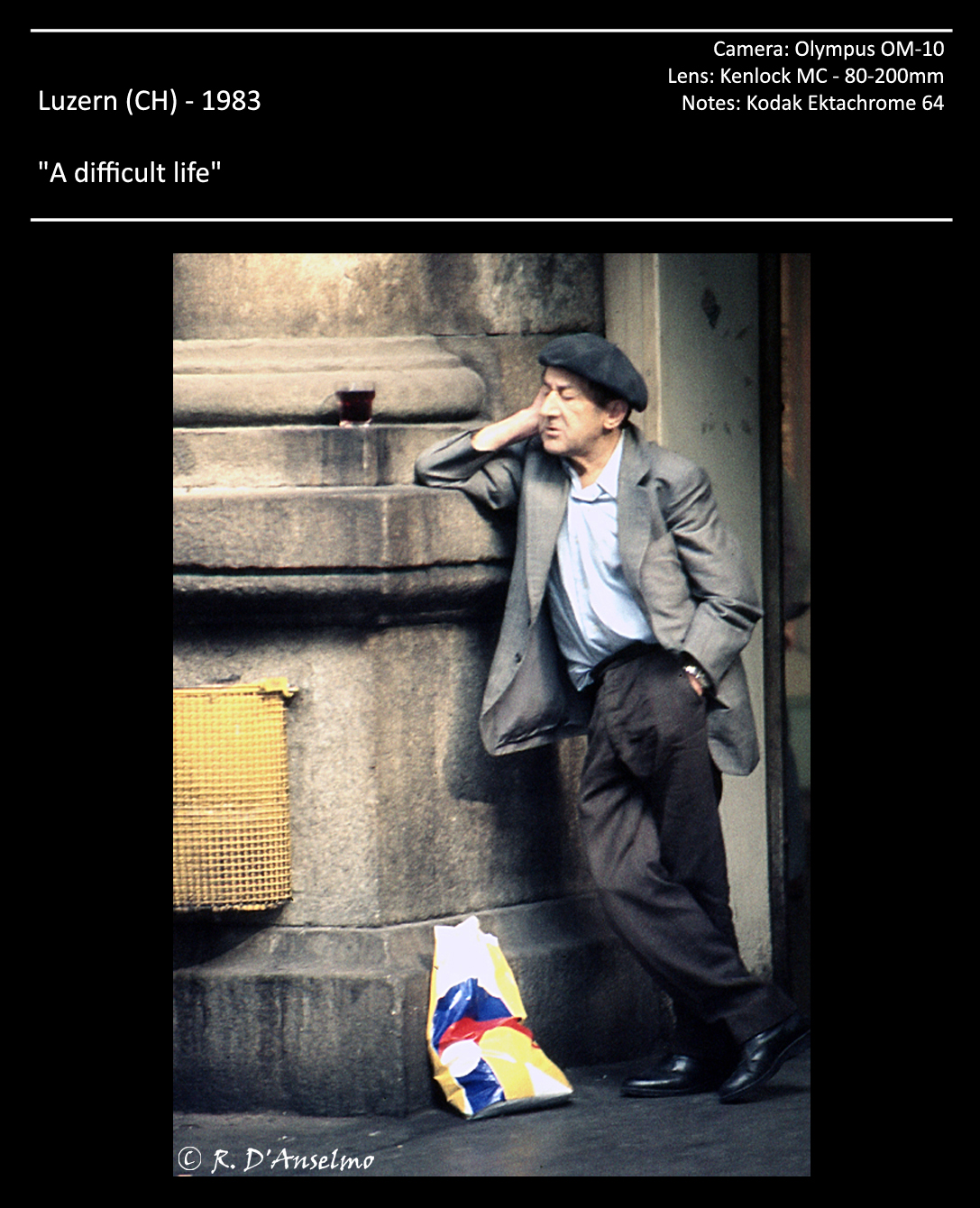 aken while on a trip across central Europe with two dear friends of mine.

On our way to our final destination (the Netherlands) I insisted to make a 2-days stop in Luzern (Switzerland), because I wanted to see, first in the family, the place where my grandmother had been born, grown up, married, given birth to two children, become a widow and moved to Italy where she married my grandfather and had five more children.

On an early morning, we arrived by train (the only transportation we could afford) at Luzern’s central station. These were the 80s, so the first thing we would do was to find an exchange office to sell some Italian Lira’s and buy some Swiss Francs.

Not sure why we did not go all three, but I was left behind with the backpacks, waiting for my friends to come back.

I can remember it was still very early morning, around 7am and I was looking around for a Café or anything to get some warm coffee, but my mind went back, again and again, to my grandma, her tough life on a farm first, then raising two children, with a German husband who went to fight a war (WW1) he couldn’t understand, coming back a wreck and dying soon after.

While thinking about that, I saw this man, down-at-heel but still wearing his mended clothes with dignity, standing just outside the Café, drinking a glass of red wine (at 7am!). At is feet, a plastic bag with few possessions, his face lined and grooved by life itself and almost sleeping on his feet.

Whether he was a worker just off the night shift at a factory or an unfortunate homeless, he had somehow still a luster of dignity, despite his worn but polished shoes, the cheap watch and the sad expression on his tired face.

I was moved by the intensity of his expression, his tiredness and I felt the urge to take a picture, half ashamed as if I was intruding. Or perhaps just concerned that someone looking at the picture may have not thought about the deeper sadness behind his appearance and only see “just another drunk bum”.

I saw much more than that; and so, I hope, will you…