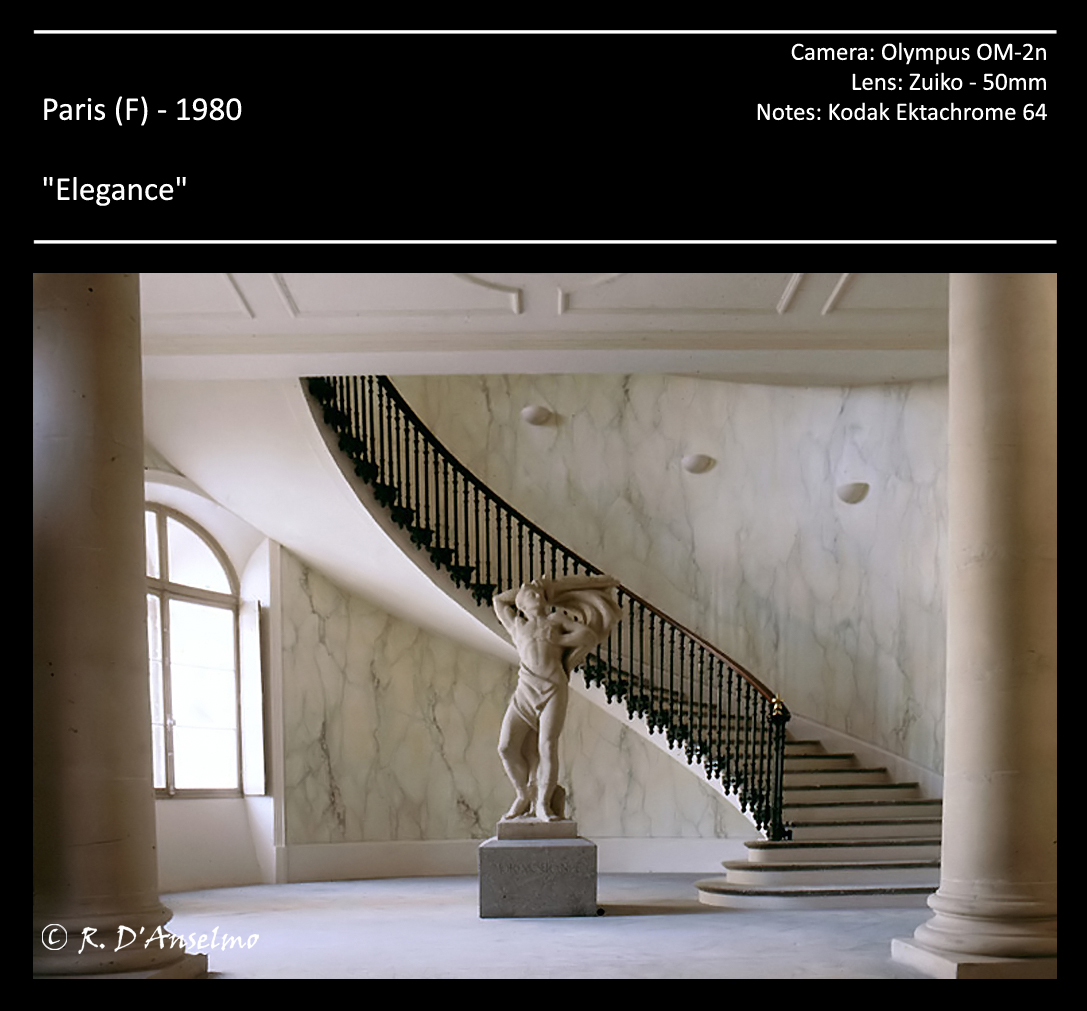 his shot came into existence, like many other ones, by sheer coincidence.

I was in Paris with my good ol’ pal FB and we were trying to save even more money out of an already very economically-kept holiday (christened since then as “El-Cheapo” of all vacations).

That meant saving more money than we already did by not using public transportation and relying instead on our at the time quite trained shanks, eating just enough to prevent starvation and so on. All that sufferance was aimed at saving enough money to pay for a ticket to London and stay there (instead of Paris) for a week and meet our friends who were staying a couple of days there on their way to Scotland.

Therefore, the only thing we could do would be to walk the whole day long, trying not to think about lunches, museums end so on. Just a cheap and substantial breakfast and in the evening a self-cooked warm meal out of a freeze-dried sachet, something like military rations during a war.

No idea how far we wandered off during those couple of days, but I can clearly remember it was damn hot (it was freakin’ July, after all).

Because of the temperature, I remember I suggested to turn into a series of very small streets between high elegant buildings, so to walk in the shade, at least for as long as possible.

Just when my brain was reaching the boiling point, I felt a slight current of cool air coming from somewhere on the right side of the street. Like a hunting dog follows the scent of an eligible prey, I turned a couple of corners trying to find where the cool air was coming from, until I found myself in front of a semi-open main entrance of one of those very elegant buildings.

Since I was sure it was not intended to stay open for long (if ever at all), I just moved fast and softly opened the wooden door a bit wider and the most beautiful entrance opened up before my overheated face.

The gentle, almost sensual curve of the stairway was in perfect contrast with the strength that radiated from the sculpture placed just in front of it, while the incredibly large slabs of veined white marble elevated it to a different level.

I could just take the first shot when an uniformed concierge appeared and started to pour an avalanche of phonetically implosive French, which I could only construe as a rather uncivil invite to depart.

I was barely able to stammer a rather unclear “C’est une merveilleuse entrée…” just in time to be shoved off back into the torrid street.

Luckily for me, the next day we could afford to buy a train ticket to London, where our friends waited for us and the weather was much, much cooler…