touch of class that reaches us from the early American avant-garde.

Composers, scientists, voyagers-explorers of a sound that is majestic and intangible, stormy and delicate all at once.

The first analog synthesizers – several Moog-9000, personally modified by these two engineers – frequency generators coupled to some modified Hammond keyboards, mellotrons and the first versions of sequencer machines, are the arena where this duo is absolute lord and ruler.

Their photo could easily go unnoticed on the pages of the Massachusetts Institute of Technology’s yearbook but still, Paul Beaver and Bernard L. Krause are, above all, two gifted musicians. 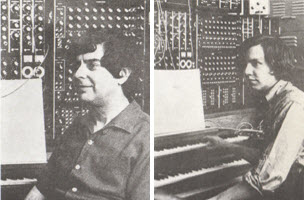 Their music is experimental but open, there are no self-indulgent, introvert dissonances that will characterize many of the other “experimental” formations of the future electronic music.

They use, among others, recordings of natural sounds – from lion roars to children’s playful cries, to San Francisco trolley-buses hopping around – and acoustic instruments that they interlace with absolute precision and good taste with their music.

These sounds are not there just for the “effect”, they are a natural complement to the electronically generated sounds and are one of the best examples of the first “Ambient” music ever.

Many years later, Brian Eno, Jon Hassell and Harold Budd will “invent” the Ambient Music and in that, they (Eno & Co.) must be recognized as the “father-founders” of this musical phenomenon in their own right.

However, listening to the music of Beaver & Krause, we can already feel that the early quest for that typical sound had begun already then and there. 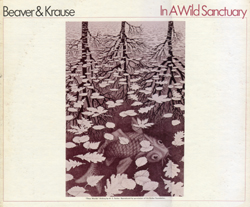 There is a wink to Latin sounds and Jerry Mulligan (guest star on several tracks) will enrich the scene with the jazzy notes from his baritone saxophone.

The music is very objective (as far as that is possible, since music is, per definition, non-objective), very good built-up and sincere, but never cold or too rational.

Here again we face a recurring dilemma: can this kind of musical expression be considered as a part of the rock art transcending its own rhythmic definition, or are we talking about something completely different?

The attribute of “transcended rock” can be quite obvious in the case of formations like say, The Doors or Frank Zappa, but in the case of Beaver & Krause we are possibly looking at the extended transcription of this concept: a music born in the cradle of rock and projected into a wider universe. 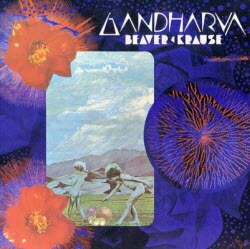 Their two albums, In a Wild Sanctuary and Ghandarva, are the place where this duo gives dimension to this strange process, fluctuating among “consumption rock”, stylized musical forms that derive from classical phrases by Bach (the musical phrases used in “Sanctuary” were set to music by Bach many times, the most familiar being “O Haupt Voll Blut und Wunden”), to somewhat cheeky sounds that are there just to surprise and amuse the listeners.

Even if you are a rock purist, keep an open mind (which seems to be unfortunately a too often recurring contradiction….) and let Beaver & Krause take you to some strange and interesting places of which you did not even suspect the existence…