mon Düül is probably the largest and first encounter with the German Counterculture of the 60’s.

Born in 1966 as a commune of musicians and not, the whole project moves between experimentation (musical, narcotic, sexual, religious, consciousness and whatnot) and pure transcendence. 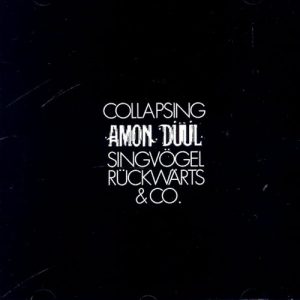 The first musical products (Düül Collapsing, In der Garten Sandosa and Disaster) are just Western transposition of purely Indian ragas, nothing more, nothing less. Maybe useful for the type of research within the commune, but totally uninteresting in their primal and primitive forms to the western public outside. 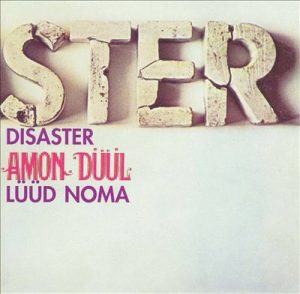 The exacerbation of the musical concepts leads to a final fracture between musicians and not within the original commune.

This is the moment when the “real” Amon Düül band will rise, under the not very original name of Amon Düül II. 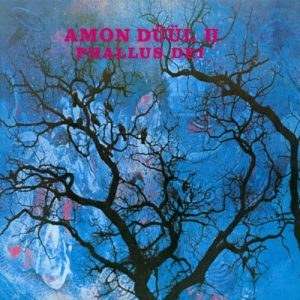 Their first complete musical work is Phallus Dei, where the experimentation and improvisation get more mature tones, leaving space for the musicians to mature and deepen the taken path.

This will become even wider and deeper with the second Yeti, in which the first part is dedicated to concentrate the thoroughness of making music “the German way”, while the second part is completely left to the pure improvisation without restrictions or stylistic canons. 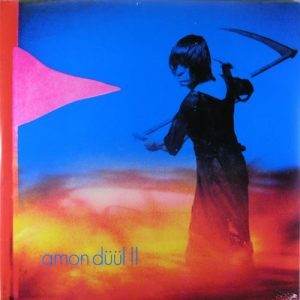 One more albums comes out: Tanz der Lemminge, also a double album and once again divided in a first “formal” part and a second “free” one. While the concept is the same, both parts represent the apex of Amon Düül II’s musical evolution. The body is not anymore intended as the earthly cage but as cosmic emulation of a godliness that is in every single one of us, finally transcending its own limits. 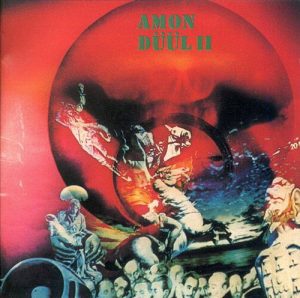 And then decline sets in, after the more “American” sounds and experiences condensed in the two following Carnival in Babylon and Hawknose Harlequin denote a certain wink to the other side of the ocean, to Pink Floyd, psychedelia in general and it looks as if the band tries to find their way into commercial success. 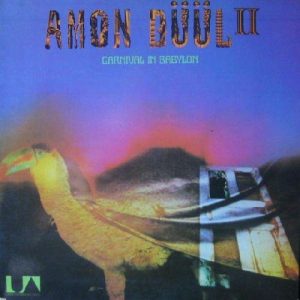 Abandoned by most of their fans, they record the next Wolf City, which in a way will be a return to their better musical production, though the pure experimentation is lost forever. In a way, their music becomes more pure and simple, like it will be the case for many German groups like Ash Ra Tempel and Popol Vuh. 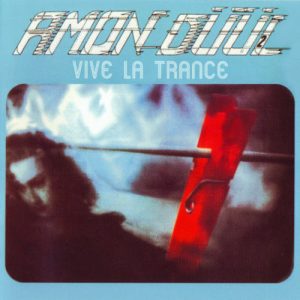 Nevertheless, their musicality is still characteristic and will try to balance between purity and commerce, or musical maturity verging to musical senility. 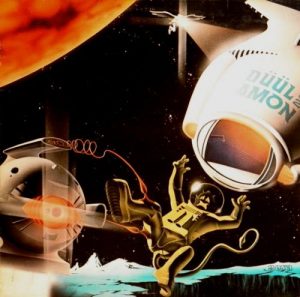 Two more products, Vive la Trance and Hijack could have been the beginning of a new chapter.