k, ok… it’s not exactly what you would call rock, is it? But then again, I never stated anywhere that these pages would be dealing exclusively with rock music.

We cannot forget that the whole musical period from the late 60s up to the early 90s is interfused  with many different streams and variations, many of which are characterized by a certain revival, rediscovery and exploration of the classical British folk heritage.

Well, yes and no.

It’s difficult to tell where the “back to the roots” feeling is sincere and where it becomes just another way to make money.

Igor Stravinsky and Gustav Mahler have been also considered a kind of musical terrorists by their contemporaries and still, they based many of their musical theories and themes on ancient myths and legends.

Anthony Phillips is mostly remembered as a very accomplished and skilled guitarist of the the early-days Genesis.

His famous chords on the 12-string guitar on the Trespass album are still being used by guitar teachers as exercise and example material.

Soon after the Trespass period, he left Genesis and started to study classical guitar.

Perhaps, it was this deepening of the classical music that made him take a closer look at the traditional English folk music, but it cannot be denied that Genesis have always had a subtle receptiveness for incorporating classical and folk components into their music, right from their first (musical) steps.

It is actually not really important who was eventually influenced by whom, but the fact remains that Anthony’s first solo album, The geese & the ghost, is a splendid little gem which takes the listeners in a dreamy travel, back to a time…

“…when kings and queens sipped wine from goblets gold.
And the brave would lead their ladies
from out of the room to arbor’s cool”

It only had the bad luck to come out in a period (1977) when everything was starting to be obscured and submerged by the rising punk and new-wave movements.

This meant that the big audience was distracted, dazed and electrified by those new phenomena.

As it always happens during a revolution, the bigger mouths make the hardest noise, old dreams are torn apart and everything that happened only the day before, belongs to a forgotten past. 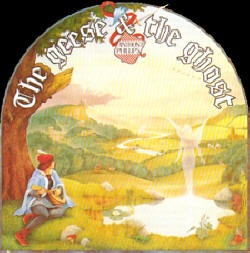 In The geese & the ghost, the troubadour becomes again the central figure – not only on the album’s cover, which is one of my favourites ever – the protagonist and author of the portraits and stories of his own time.

We are back to a time when the written history was scarce and reserved to a selected literate elite of priests and clergymen.

A time when chronicles, epics and legends traveled around the Country from court to court by the songs of minstrels and troubadours.

The music echoes with the rhythms and colors of Medieval and Renaissance times. Being a Renaissance-Man myself, it’s not for nothing that I have a soft spot for Phillips’ music.

The musician is still able to be innovative in the use of the harmonic textures, mixing the sounds from modern analogue synthesizers to the ones of lute, oboe, cello and flute, perfectly in balance with the characteristic voice of guest singer Phil Collins or with the sweet and gentle one of Viv McCauliffe. 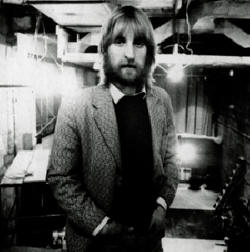 Several other albums have followed, with his own group, solo, or with occasional session men and his music evolved from a less and less formal medieval parameters into something that would place him between “ambient” and “electro-prog” music – whatever those two labels might accurately say about his music – without a very great impact or universality, while at some point undeniably pleasant and with a certain meditative quality.

Nevertheless, The geese & the ghost remains something that will never fail to amaze the more open-minded listeners and as such it deserves to be remembered.