ractically unknown underground band, whose only defect is to have produced no more than two albums.

The first album, Aorta, dated 1968, is a jewel of “American Way Of Life” distorted and mangled beyond recognition.

Paranoia, self-consciousness, banalities and relaxation are the ingredients of a dish that must be served hot… Very hot. 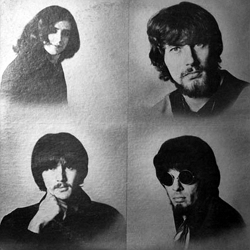 In this first product, the episodes may seem disconnected, but the group binds them together with the “main theme” Main Vein, which is repeated four times along the whole LP.

The album sounds in some parts a bit hesitant, perhaps due to the not yet fully developed technical and musical skills of the Aorta members.

However, the impact and variety of tracks like What’s in my mind’s eye, Sleep tight or Sprinkle road to Cork Street, make it all worthwhile. 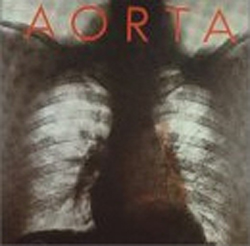 The quality has jumped a few notches upwards and is now steps ahead of what many other – perhaps more famous – bands are producing in the same period.

Despite great episodes like Willie Jean, Blythe Spirit and His faith in men, the formation doesn’t seem to be able to fully emerge on the market.

This may be due to the vast diversity of the American psychedelic scene during those years, where many groups – too many? – struggled to get the attention of the vast freak audience.

On the other hand, their typical style may not have appealed to their contemporaries.

Whichever the cause, failing to become popular, they were not granted a third chance.

They have been forgotten for a very long time, until later generations of listeners re-discovered the psychedelic, underground and garage bands of the late  60s and early 70s.

This time the interest of this new young public was large enough to finance the remastering of their music to CD.

Not quite nostalgic as having the LP, but in the end it’s nice to see that Aorta was granted another chance after all.

Computers are like bikinis.
They save people a lot of guesswork.