ctually, already too much has been said and written about them.

They should have stayed with the jazz that doesn’t pay the bills, or go really for the political struggle, instead of the sanctimoniously cultivated intellectualism for the benefit of the politically pledged masses of young leftists populating the Italian scene of the 70s.

They have been celebrated as one of the most phenomenal and engaged bands of the Italian progressive rock scene, but in fact they are very far behind formations like Premiata Forneria Marconi or Napoli Centrale, who at least stay with their true engagement and passion for rock and jazz and do not try to surf on the waves of the political unrest of the 70s. 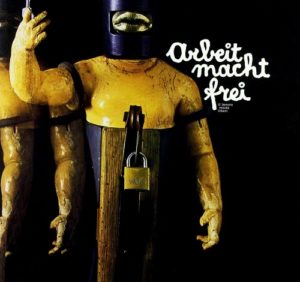 Demetrio Stratos has the merit of having cultivated and used his voice like a musical instrument, studying the anatomy of the human larynx and vocal chords, spending hours and hours exercising how to “play the voice” (suonare la voce, like he used to say).

His vocal range is exceptional and the versatility is undeniable, being able to obtain multi-vocal effects that only Tibetan monks reach after decades of daily exercise.

Nevertheless, all this research is washed away by a musical product that will never be free from the a heavy smell of burned spontaneity and misplaced desire to be the pulpit and baptismal font a whole political movement will have to abide to and venerate. 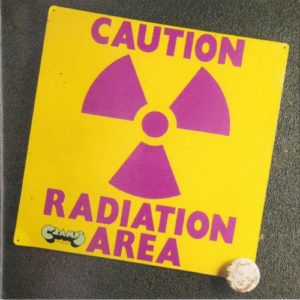 They use a few typical little burgeois tricks for their publicity campaigns, they who are the self-appointed (and annointed) revolutionaries of “The Movement”.

Well, not much comes out of their 70s production, with just a very few exceptions that can barely emerge above the average, mostly due to one or two tracks that are well put together and not soaked in pointless intellectualism.

Their first three albums, Arbeit macht frei (1973), Caution radiation area (1974) and Crac! (1975) are more than enough to make us realize that we have wasted some time listening to them all, with the usual exceptions of a track or two per album (if you’re lucky). 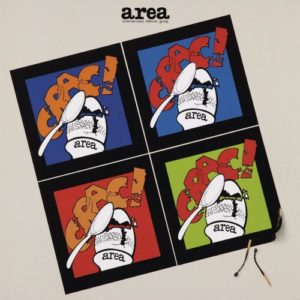 Demetrio Stratos’ death in 1979 will be the end of Area.

Later on, some members will re-form and use the same name to try to revive the lost fame, all too transparently for the love of money, not for “The Cause”.

To be fair (if not generous), Area has had the merit to have introduced (at least at the beginning) jazz music into the factory workers’ world and to have advertised the idea (though not its realization) that music can be an effective instrument of  political or classes struggle.

Without music, life is a journey through a desert.