rganist Rod Argent left the band Zombies at the apex of their success to form his own band, together with Russ Ballard (guitar) John Rodford (bass) and Robert (Bob) Henritt (drums).

Their first album came out in 1970 and was simply called Argent, also the name chosen to represent the band. 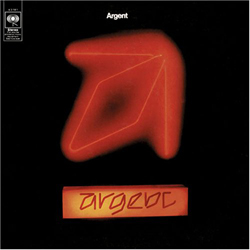 The music is rather interesting.

They can be placed in the very large stream of “Progressive Rock”, which is just too broad to tell exactly what they play.

Their music echoes of some of the more mellow parts of the psychedelic rock and there are already some accents that may be associated with the later hard rock.

However, the general impression is that of a band closely following the canons of the British esthetic musical tradition.

A formation that is playing very well orchestrated and pleasing melodies, though not yet as bombastic as the later Yes and ELP. Nevertheless, the seed is there.

Very well timed choruses alternate with pleasing orchestral parts, the solos are not overdone and there is no space for individualisms or ego-trips.

Obviously, Rod Argent’s organ gets the lion’s share, but it’s not disturbing and the solos are measured and certainly creative.
Even the more classical accents (like the starting bars of The Feeling Inside) are tolerable and add some interesting depth to the following, more psychedelic, tones.

All together, a valid debut album.

The following year, the second Ring of Hands sees the light. 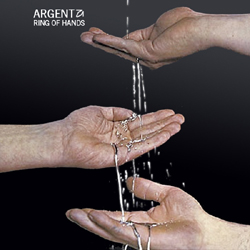 Also this one is not bad at all. The music is still polychrome and very agreeable. The vocalizations are a bit more daring and the solos are taking a slightly more prominent place, but the product is still fresh and pleasant.

There is even a bit more variety of styles peeping through the tracks, like the bluesy Sweet Mary and some acceptable R&B here and there.

The third All Together Now comes out in 1972. 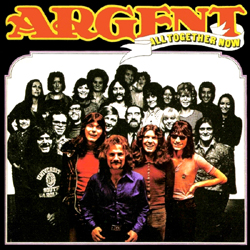 While it is still good, you can feel that the band has actually not much more to give, as far as the musical creativity is concerned.

They are good executors, can put together a varied musical piece and their execution techniques are impeccable. But still, there’s absolutely nothing new under the sun.

The perfect vocals are good, but inconclusive.
The keyboard parts are more and more massive and become almost intrusive.

This is probably the start of the internal frictions between Ballard and Argent, which will erupt into a true rupture after the Nexus album. Ballard will be more and more displeased with Argent’s intrusive use of synthesizers and long ego-tripping solos. 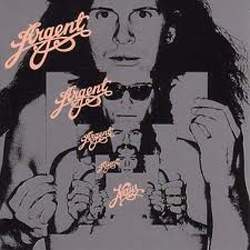 Rod Argent must have been very pleased with this new formation, since he refused to take over Rick Wakeman’s place in Yes; something almost impossible to believe around the year 1975.

Nevertheless, Argent will go on, but the following products are not at all convincing or interesting.

The usual repetition of memorized formulas, pompous solos lengthened to the borders of obscenity.

All considered, Argent has made a couple of quite pleasant albums that can be placed smack in the middle of the vast mass of midstream rock that was so abundant in the 70’s.

There is really nothing more that needs to be told.

Computers are like bikinis.
They save people a lot of guesswork.