he unusual rock  born in Germany at the end of the 60s  will see many faces and many names revolve into  a kaleidoscopic though strangely unitary panorama.

Ash Ra Tempel is one of those formations that will follow the  same path of quite a few other bands born in that context. We can almost say that they started as  Amon Düül’s Yeti, evolved into Can’s Future Days and ended their life-cycle as Tangerine Dream’s Ricochet.

Göttsching seems wanting to play everything and all at the same time, while Schulze tends to expand everything into complex  serial modulations, leaving  to Enke the daunting task to glue it all together.

Once their first eponymous album is released, in 1971, they seem to have found a more balanced way to interweave everyone’s ideas about the final product.

Some raw edges were polished during the recording of their second album, Schwingungen (1972). Critics and public seem this time to agree that the band’s production during the 1970-73 period was actually the core of what the formation could say and actually said, becoming influential  for a whole period and musical scene. Other formations (think about Can and Popol Vuh to begin with) will have much more to say during a longer period in time, but Ash Ra Tempel will remain a fixed point in the evolution of the so-called krautrock. 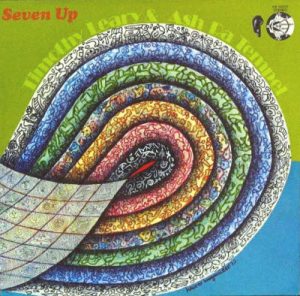 In 1972, a close collaboration with Timothy Leary leads to the new album Seven Up, which can be considered a small deviation of course from the path initially taken. The experiment is not entirely successful, musically speaking, with Leary driving his hallucinated lyrics into nowhere. The musical phrases are disjointed, fragmented and incapable of reunite into a unity of sorts. 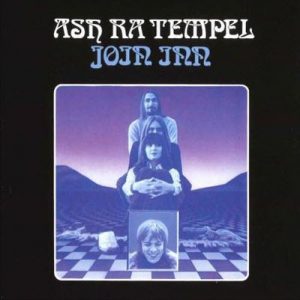 A new attempt will be made in 1973 with Join Inn, this time without Leary, but this time with a new singer, Rosi Müller, whose flat and monotonous voice will not help in lifting the already rather  flat musical performance.

Then, still in 1973, one more album with the title Starring Rosi, as if her participation to Join Inn had perhaps escaped the public. Once again, Rosi’s flat and almost soulless voice doesn’t help glue together the fragmentary musical episodes, while Göttsching is more and more decided to go his own way.

He will leave right on time, in order to  start a prolific solo career. His first product will be the more than good Inventions for electric guitar (1975), propelling Göttsching’s creativity into high spheres, reminiscent of the best Terry Riley and a few more minimalists.

The fact that the album bore the ambiguous  subtitle of Ash Ra Tempel VI, sounds like he wanted to make clear that he was and will  personify Ash Ra Tempel in all its new reincarnations.

He will also occasionally create music under the shortened name Ashra, making more melodic and in some cases banal synthesizer-based music in a style that could be more or less compared with that of the later Tangerine Dream’s production.  Only a few of the tracks produced under that name will stand above the average, mostly because of their “soundtrack” capabilities and their appeal to the increasing audience of the New Age Music.

The Miss Universe pageant is fixed. All the winners are from Earth.