hey belong to that part of the Psychedelic rock born on the East Coast around 1967 as a kind of counterpoint to the already degenerating San Francisco Bay Area scene.

They can probably be mentioned in one breath with the Blues Magoos, but that would be a restriction. For both.

The music of Beacon Street Union is in a way not very elaborated, at least not at the time of their first (musical) paces.

Few of their performances will ever include original scores. They mostly play and re-arrange other people’s songs, but their own interpretation makes the listener re-discover it and almost forces to look at the track in a completely different light.

Sometimes, they transfigure those songs completely, making them almost unrecognizable.

Both their albums, The Eyes of The Beacon Street Union and The Clown Died in Marvin Gardens, contain own material and not, but there is a certain unity of style that makes both records really enjoyable. 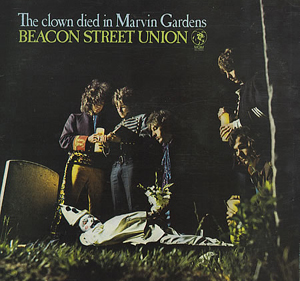 The guitar on the classic Blue Suede Shoes explodes in such a way that even Elvis would have been shocked by its scratchy aggressiveness.

Or what to think of their own version of Brownie McGhee’s Sportin’ Life?

In the Beacon Street Union’s version of this classic blues score, we can almost touch and feel the sense of complete abandon and exhaustion:

… Well, I’m getting tired of running ’round. B’lieve I’ll get married, then I’ll settle down… because this ol’ night life, this mean ol’ sportin’ life, you know, is killing me…

If you have ever heard Brownie McGhee’s voice (robust, powerful and dark), then you’ll be very surprised to hear this song interpreted in the high-pitched, almost feeble, and tired voice of John Wright, though it conveys a certain fascination.

To be completely honest, I like this version more than the original score, because of its sense of distress and the palpable tiredness with true accents of gentleness.

And still, they are no copy-cats.

They have their own original compositions, which are worth more than just mentioning. 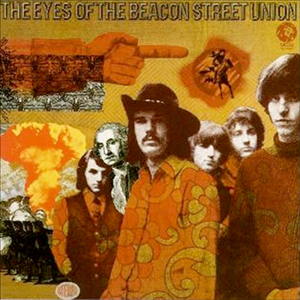 The Clown Died in Marvin Gardens is a real and genuine example of East Coast psychedelic rock, with calculated and never overdone orchestral interludes, and it reflects a level of maturity that only few of the other so called “Garage Bands” of that period (or later) will ever be able to emulate.

We are fascinated by moments of extreme refinement in The Clown’s Overture or May I light your Cigarette.

A very August Afternoon and Now I Taste the Tears are conveying the feeling of an irremediably lost afternoon and the sadness that reveals and follows the flux of its memories.

These are songs that deserve to be listened to… and be appreciated.

Beacon Street Union is perhaps a small star shining in the crowded skies of musical America of the 60s… But it is a bright one.

Flaubert didn’t just hate the railway as such; he hated the way it flattered people with the illusion of progress. What was the point of scientific advance without moral advance? The railway would merely permit more people to move about, meet and be stupid together.