ritish band that lasted just a couple of years (roughly from 1967 to 1970), but managed to produce some very valid tracks that took their rightful place in the vast panorama of the psychedelic rock.

The legendary Giorgio Gomelsky discovered them when they still called themselves The Ingoes. From that moment, Brian Godding (guitar, vocals, keyboards), Jim Cregan (guitar, vocals), Brian Belshaw (bass, vocals), and Kevin Westlake (drums) continued their musical journey under the name of Blossom Toes. 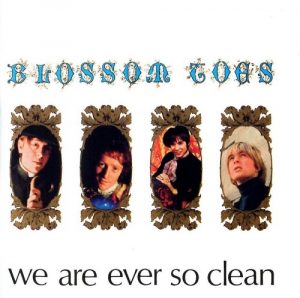 Their first album, We are ever so clean came out in 1967 and was a discreet success, if not commercially, at least it was not ignored altogether, perhaps due to more appealing tracks like Look at me, I’m you and What on earth. The album is now considered to be the archetype all British white psychedelia can be measured upon and compared with.

This is certainly true to a certain extent, but it is also rather restrictive, since Blossom Toes have influenced more than one band in the vast range of musicians of the British (progressive) rock scene, among which we can certainly tally some famous (and not) names like Pink Fairies and Toe Fat. 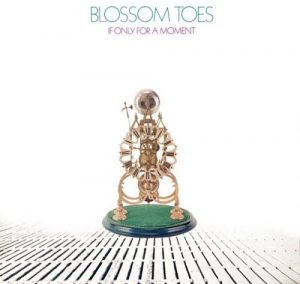 Their second album, If only for a moment in 1969 sees their music hardening and leaving the typical psychedelic matrix slightly behind in favour of a fresher though more intricate sound, characterized by Godding and Cregan’s increasingly elaborate harmonies and dissonances that could be reminiscent of some less explosive moments by Captain Beefheart.

In 1970, soon after If only for a moment, the band will fall apart, its members scattering in various directions and Blossom Toes will cease to exist, just in time before becoming the umpty-umpth pedantic version of Black Sabbath.

To err is human, to really foul things up requires a computer.