eir story should be the story of the apex of the West Coast rock evolution.

They originated in the San Francisco Bay Area towards the end of the 60s. The band came into existence when Dickie Peterson (vocals, bass), started to look for other artists to set up a new band on the wave of the incredible cultural and political turmoil of the period.

He was soon joined by Eric Albronda (drums) and Leigh Stephens (guitar). Even before they started to compose their first tracks, the formation already saw a major re-shuffle, with Albronda leaving (but remaining in the band’s management and production for quite a while after) and being replaced by Paul Whaley (drums), with the addition of Vale Hamanaka (keyboards), Jerre Peterson (guitar) and Jere Whiting (vocals, harmonica). 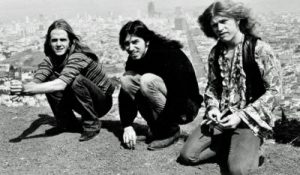 Like for many bands of the period was the case, also this new formation did not satisfy either the members nor the management and after being utterly impressed by the structure of Jimi Hendrix’s band, they also decided to go for a reduction. But when Hamanaka and Whiting were asked to leave, Peterson didn’t want to remain in the group without them and left as well.

Now Blue Cheer was back to the “power trio” formation and as such they moved on to their first Album: Vincebus Eruptum (1968). The album contains remakes of blues classics and own compositions. The album has been recognized as one of the most influential music productions of the period and though I don’t personally find it exceptionally appealing, it is true that it has become a kind of reference point when talking about the origins of the Heavy Metal. 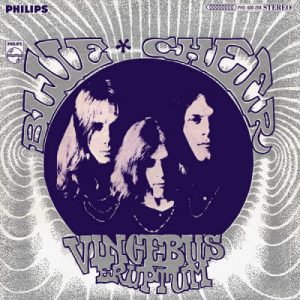 Perhaps, this can be explained by the fact that I do not actually like Heavy Metal.

Anyway, the exceptional tension of their sound and the acidity of their arrangements will remain a firm point in the evolution of a great part of the American West Coast music.

Their hard expression will be the only one to remain valid in the more and more falsified hardness of the Heavy Metal. In a way, it’s a pity that they are constantly labeled as its Father Founders, while they cannot possibly be representative of the endless boredom and emptiness of creativity that will characterize the Heavy Metal in all its degradations and devolutions. 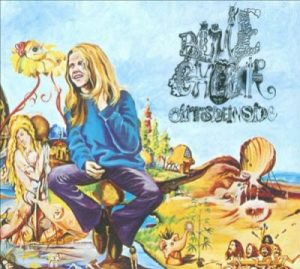 The next Outsideinside (1968) is another example of what the Heavy Metal could have been if it had not turned into a farce for sterile musical minds. The tracks are diverse and “Satisfaction” by the Stones on the second side, is acrid like the fumes of an explosion.

This will be the zenith of their creativity, and the following New! Improved! (1969) will be a masterpiece of hard and coherent music, despite the re-shuffled formation, stepping away from the “power trio” construction, with Dickie Peterson (bass, vocals), Paul Whaley (drums), Bruce Stephens (guitar), Ralph Burns Kellogg (keyboard) and Randy Holden (guitar).

The already present divergences among musicians, management, production and whatnot, were the coup-de-grace for Blue Cheer. 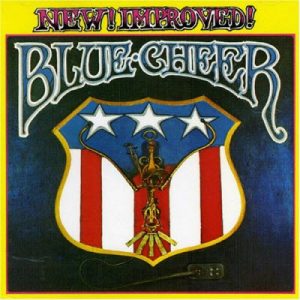 More and more often changes were done to the formation, not sure if that was to try to rekindle the creativity spark or to go in search of more commercial successes… difficult to say. Whatever the reason, Blue Cheer will actually cease to exist as such.

More reunions, reformations, disbandments, legal fights, squabbles and squalid baubles among musicians led to several versions (legally and not) of the Blue Cheer musical name until 2009 and further.

We can better forget all that and concentrate on those first three albums, enjoying what they have been, without thinking about what they could have become.

If we stick to those first three hard monoliths, then the name Blue Cheer will remain a resplendent one in the exciting and creative West Coast musical panorama forever.

Books may look like nothing more than words on a page, but they are actually an infinitely complex imaginotransference technology that translates odd, inky squiggles into pictures inside your head.