rian Auger was already a very talented jazz pianist, who took an interest in the possibilities of the quickly evolving electronic organ and the gradual introduction of this instrument into rock music. 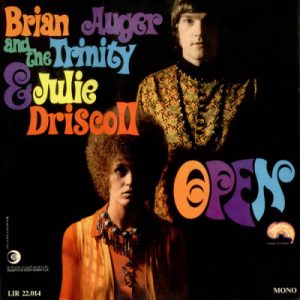 While he was already a celebrated pianist by 1962, playing jazz with people the caliber of Rick Laird (bass – later also in Mahavishnu Orchestra), Phil Knorra (drums), John McLaughlin (guitar – later Mr. Mahavishnu himself) and Glen Hughes, in the annals of rock music he was and will always remain most known for his creation: Brian Auger’s Trinity. 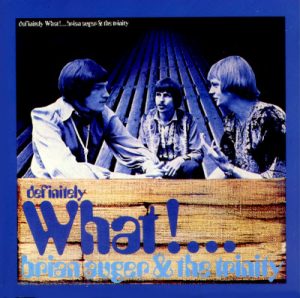 Together with Julie Driscoll (vocals, acoustic guitar), Dave Ambrose (bass) and Clive Thacker (drums), Brian Auger (electric organ, piano, electric piano, vocals) forms Trinity in 1967 and even though Trinity will be short-lived, its impact on the evolution of a particular sound in rock-land has been quite noticeable.

Thanks to several fortunate tours and live appearances, Trinity gains some notoriety and their opening album Open (1967) immediately reached the charts. 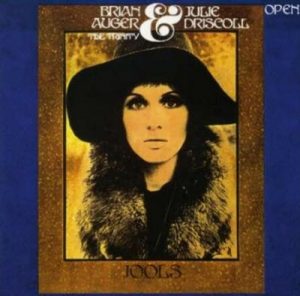 In 1968 Trinity brings out Definitely What!, an almost completely instrumental album (without Julie Driscoll, by the way), exploring the fusion between blues, rock and jazz influences setting the mark for quite a few future bands taking the path of fusion.

albums like Jools (1968) and Streetnoise (1969) will stand out as milestones in the evolving panorama of the British rock. 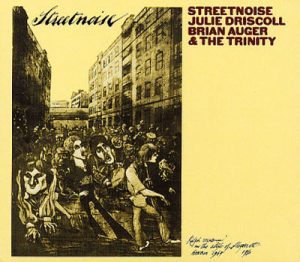 Their next Befour (1970), will be much criticized for all the wrong reasons. The collection of revisited classical tracks (reminiscent of names like Albinoni and Fauré), together with tracks by Herbie Hancock and Traffic are topped up by a more experimental track like Listen Here and perhaps this is the only critic we can have about the album: this eclectic potpourri lacks of unity, though the magic and precise touch of Brian Auger’s musicianship desperately tries to unite all these so very different styles into one flowing stream.

After the Befour‘s flop, Trinity will disband, while Auger will proceed undeterred and form the Oblivion Express with Jim Mullen (guitars), Barry Dean (bass) and Robbie McIntosh (drums) once again setting the mark, this time in the America Jazz charts. 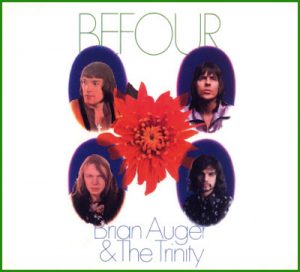 Whether you like them or not, Trinity did have the merit to give the British rock music a dramatic impulse and Brian Auger, the precise and immaculate performer who pertinently refused to become a rock/pop star, is still unsurpassed for his technical, artistic, expressive and communicative force with which he infused all emerging British rock music.

We’ve arranged a civilization in which most crucial elements profoundly depend on science and technology.
We have also arranged things so that almost no one understands science and technology.
This is a prescription for disaster.
We might get away with it for a while, but sooner or later this combustible mixture of ignorance and power is going to blow up in our faces.