aybe not the most famous pop/rock band, but certainly an interesting one that deserves a more attentive listening.

They belong to the long row of bands populating the 70’s, trying to surf on the crest of the waves made by their perhaps more illustrious predecessors during the 60’s. 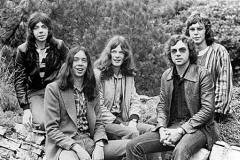 They’re British – originally from Surrey – and their music can be described as a progressive rock with a faint tinge of Canterbury.

Ok now, …Before you start throwing stones at me (or at Camel), let’s put this statement a bit more into perspective.

The band formed in 1972, featuring Andrew “Andy” Latimer (guitar, flute and vocals), Andy Ward (drums), Doug Ferguson (bass) and Peter Bardens (keyboards), who had previously played in the band Them. 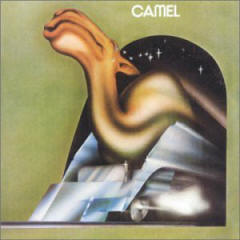 Altogether, their music is nothing particularly new under the sun, but the sound is fresh and rather original, taking advantage of Latimer’s strong technical abilities, mixing a good rock matrix with a somewhat more melodic pop setting.

The use of the rock matrix is reminiscent of Caravan, which will cross their path later on, though Latimer will not reach the complexity nor the virtuosity of Pye Hastings.

Nevertheless, their music has a certain appeal and moves away from the monumentality of the symphonic rock bands, like Genesis, ELP and Yes, or the downright banality of their less representatives (I’ll spread the veil of piety over that and will not mention names).

Camel’s music leaves the listener impressed, but not in awe. 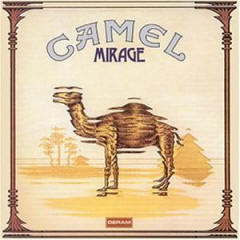 Their first steps, the eponymous Camel (1973) and, later on, Moonmadness (1976) are good examples of a honest attempt to make some decent and refreshing rock.

The atmospheres are at moments rarefied and at some others quite electrifying.
Episodes like Aristillus and Lunar Sea, are pretty little jewels which escape the boundaries of their executors and touch, even if only for a brief moment, the musical wisdom of Neutrons, Caravan or, why not, Man.

Camel’s music was not much appreciated (or valued) by the British public, but with Moonmadness, the band succeeds in making the ocean jump and gain quite some popularity in the US of A.

Soon after that, a little miracle will happen, and Caravan’s Richard Sinclair will replace the leaving Ferguson.
Also Mel Collins (sax) will join the band, though his name is (and is due to remain) indelibly tied to King Crimson.

With Sinclair, the Canterbury touch becomes more evident, not only because of the physical presence of this excellent bassist.
The album Rain Dances sees Sinclair borrowing his magic touch to the best phrases on most tracks, but that doesn’t seem to be enough to elevate the product to a higher level altogether. 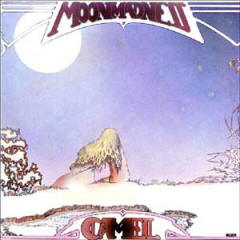 Unfortunately (or perhaps not?), legal squabbles and a shift in the audience’s interests in favor of the emerging Punk and New-Wave movements, made it impossible for Camel to maintain their already declining popularity.

Sinclair will eventually leave and Camel will loose the “survival of the fittest” struggle for (musical) life.

Their following albums aren’t noteworthy and a further series of legal battles with former producers and whatnot will make Latimer retire from the active music profession in order to found his own music label Camel Productions, leaving England and settling in the USA.

Not much will be created by Camel during the 80’s, though occasional concerts and releases will be seen until the late years of that decade, but the freshness – already declining after Rain Dances – is lost completely and it’s better to leave those attempts for what they are.

It could have been a better story, but on the other hand, omitting to mention Camel at all, or failing to acknowledge their undeniable value would be an even great mistake.

Imagine if trees gave off WiFi signals; we would be planting so many trees and we’d probably save the planet. Too bad they only produce the oxygen we breathe.