hey are German and, in a way, also the best representatives of the hardness that the underground movement will take on the Continent.

Yet, their exploration of electroacoustic music will make them one of the most innovative bands of Germany (and, why not, Europe).

We will miss this approach in the musical production of another – perhaps better known – German group: the Tangerine Dream.

Tangerine dream will start on the same road as Can but will, soon after, move to more commercial rhythms and easy atmospheres, missing the whole point altogether.

The way Can proposes their musical expression requires a total involvement of the listeners and will constantly confront them with their granitic sound, obscure in some parts, but with an enormous dynamic charge.

Can’s first album, Monster Movie – on whose cover the band’s name figure as “The Can”, which will soon become just “Can” starting from their next album – comes out in 1969 and already defines the canons of their music. 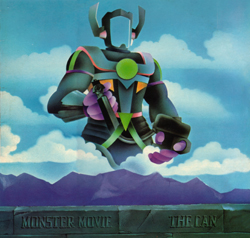 The distracted or occasional listener will soon abandon any attempt to follow the tracks, probably overwhelmed by this huge wall of sound.

Especially the vast You doo right will move on long repetitive electroacoustic fragments, interlaced with vocal parts that move between rebellion and experimentalism.

Their next product is Soundtracks.

This album tries to give images and colors to the sound and it partially succeeds in that.

Even though the whole music becomes fragmented, in many of the tracks we can already feel a prelude of things to come, a certain maturity that will bring Can to their most productive and homogeneous musical pieces. 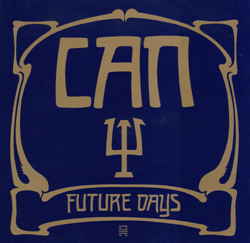 This maturity surely comes with Tago Mago, which can be taken as an example of the reached final evolutionary stage of all the German rock/pop music of that period.

Despite of some “easy tracks” – good on their own, but kind of lost in the general atmosphere of this double LP – the entire product moves along a deep electroacoustic experimentation, retorted, hard, but monumental in its rhythmic development.

The electroacoustic experimentalism will only partly mark the following Ege Byamasi [Okraschoten] or Future Days.

Nevertheless, Future Days will open new directions for the group, leaving the basic rock components, which could have led only to a more banal product, in favor of a more original sound with a great communicative charge. 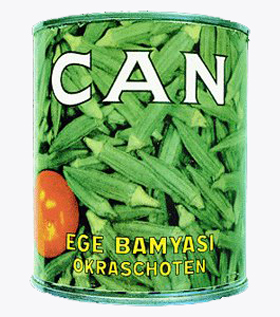 Malcolm Mooney’s rough voice is replaced by the more exotic one of Kenji “Damo” Suzuki, whose lighter, almost androgynous and vibrant timbres – and his undeniable Japanese accent and pronunciation – give Can’s music a peculiar and intriguing new texture.

One of the most interesting tracks, the homonymous Future Days, mixes electroacoustic music with soundtrack and what could be the first Manga contamination in rock music (if we can talk of rock at all anymore…). 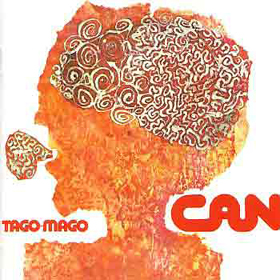 Can’s music has landed now on another planet and has become more polished and refined, but perhaps missing the hard impact of Tago Mago. On the other hand, the product is not less valid just because it’s packaged into an easier and more accessible container.

Soon after Future Days, Kenji Damo Suzuki will leave Can without a lead singer, after marrying his German girlfriend (not sure why one would exclude the other, but that is how it went in this case).

Michael Karoli and Irmin Schmidt will take over, with relatively good fortunes, it must be said.

Then in 1974 Soon over Babaluma comes out.
The music is even more refined and “Sci-Fi” than the previous Future Days and though quite a few tracks will fluidly move through experimentation and the “new harmonics”, there is an uncomfortable feeling of evolution at all costs, perhaps even at the expense of musical creativity.

However, the wonderful track Soon over Babaluma will stand out and mark a final resolution of spaces and rhythms. 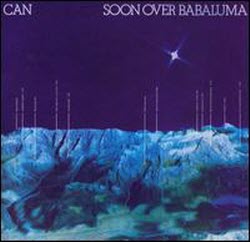 A further evolution – or perhaps we should call it maturity – will lead to Limited Edition, a collection of tracks from various periods and live versions. Interesting but nothing more than a documentation.

Can’s last Landed will convey a fishy impression of decadence, perhaps coming from a final lack of inspiration.

Maybe Can is in search of more immediate forms of expression, or maybe they are only adjusting their music to the laws and wishes of the commercial market.

Whatever the outcome, they remain one of the greatest examples of how a musical stream born essentially in UK and USA evolved – once it reached continental Europe – into a new and fresh product that will re-vitalize, years later, the music on both places of origin.