lmost no-one on this planet would fail to recognize their version of On the road again, but probably only few would be able to tell who played it.

Canned Heat is blues, rock, good ol’ boogie and more, from the best traditions of the Mississippi Delta mixed and compressed into urban America and the will to escape it.

Their first appearance (on vinyl, at least) is the unsurpassed and nowadays almost impossible to find (though yours truly has the original vinyl press, by the way…) Live at Topanga Corral, where the notes of an incredibly strong and at the same time surprisingly sweet live version of When things go wrong echo along the walls of the Topanga Canyon. 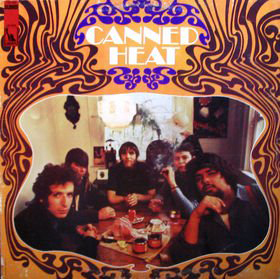 After a short silence and some gigs all over Freak-State-California, the next official and eponymous Canned Heat is brought out in 1967.

It will be the heroic composition On the road again by ‘Blind Owl’ Wilson that will bring the band to the vertices of the blues scene worldwide. 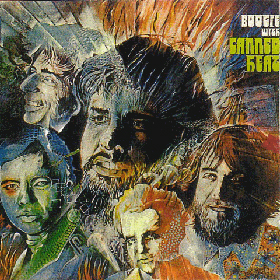 Despite the success, they will remain – for quite a few decades – modest and pure.

The whole album Boogie with Canned Heat is a promise and a confirmation at the same time, of a whole way of living music and life, in a way that the one cannot be extricated from the other.

Their music is their way of living.

The music will remain unchanged, but unchanged in the best sense of the word; it will stay true to itself, perhaps with the last episodes marked by less spontaneity and more refinement, like the wonderful and prophetic My time ain’t long, written by Blind Owl Wilson just a few weeks before his death on September 1970.

In 1969 Canned Heat can be seen in the historic Woodstock Festival with, among others, a single which has been another classic ever since: Going up the country. 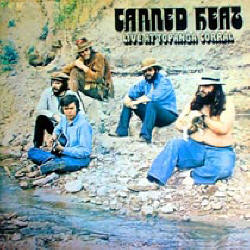 They have survived the Flower-power, the Freak and several other generations, still bringing us impeccable, powerful, delicate, intense and always enjoyable blues.

After ‘Blind Owl’ Wilson’s death, Canned Heat will not have the power, or perhaps the will, to go on.

They will come back in a more or less stable formation and will tour on, but the spirit will be gone, its fire almost completely extinguished.

I feel it’s better to remember them, young and creative through the notes of When things go wrong, an hymn to a generation of independent minds, who will live on forever in other people’s minds and hearts.

Humanity is acquiring all the right technology for all the wrong reasons.