erhaps not among the most famous bands of the London underground at the end of the 1960’s, but for sure worth listening to.

Their first album A=MH2 was an experiment and it must be said, a successful one, moving between rock and blues and with a certain impact power.

Then all changes… In 1970 the band performs at the notorious Lyceum with a solid rhythmic base.

Hutchinson feigns to launch his Gibson to the audience, but the guitar really flies. 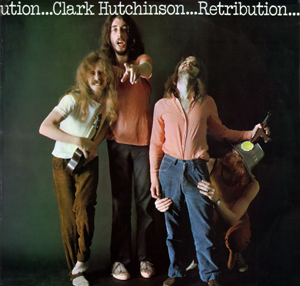 Clark screams: “I want to be stoned for the rest of my natural life!”, then tries to reach the keyboards, trips over and throws everything from the pedestal.

They are as high as it can be and are almost unable of playing two congruous chords after each other.

In 1970 they will make a new album, preceded by an eight minutes single.

The album had to be a double one, but DERAM/DECCA cuts most of the tracks, rearranges the whole production and releases it as a single LP, Retribution.

The album is hard, incredibly hard, but the feeling is sincere and the tracks are standing out, each one with its own force.

Free to be stoned is hard, the feedback is distorted to the maximum, but the lyrics are sincere. 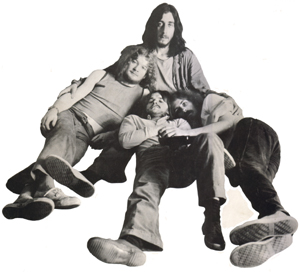 This is the cry of a whole “acid generation” trying to grab the establishment and destroy it, level it to the ground.

After hours is bit of a surprise, following jazzy chords speckled here and there by an aggressive guitar, which seems to escape the neat margins of the harmonic scales.

Then at the end: Death, the lover, where violence, desperation, alienation and acid are mixed together into a musical Molotov cocktail.

This album can give you nightmares but it is also a very interesting example of a whole underground generation that actually did not know exactly who or what they were protesting against, as long as something was going to “change”.

After a short interlude, the album Gestalt comes out.

Here, the acoustic parts are more on the foreground, more present and in a way this is their best album, even if the terrifying impact of Retribution is a wonder as such.

After this, the oblivion follows and no-one will ever hear their name again…