n my almost Pavlovian visual imagination, whenever a track by Creedence Clearwater Revival plays, I invariably see scenes of “Platoon“, “Apocalypse Now“, “Tour of Duty“, M*A*S*H  and “China Beach” unfold before my eyes.

There are many more bands and singers who can also evoke such images, but Creedence Clearwater Revival (or CCR, for short) is certainly the most famous. 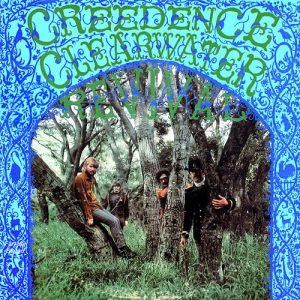 CCR sprouted from a much older formation, The Blue Velvets, formed at the end of the 50’s by John Fogerty (vocals, guitars), Doug Clifford (drums), and Stu Cook (bass) when still in high school. They played mostly instrumental versions of the tracks that were top-hits on the juke-boxes of the 50’s and early 60’s, while occasionally backing up John Fogerty’s older brother Tom at live gigs.

When Tom joined the Blue Velvets on a more permanent basis, the group started to grow, musically and technically, until most of its members were drafted for service. Eventually, the crisis was over, the four friends came back together and in 1968 Creedence Clearwater Revival band, became a reality. 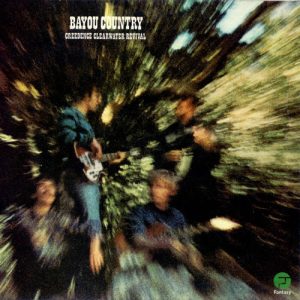 After some furious months of writing and rehearsing, the band’s first and eponymous Creedence Clearwater Revival (1968) saw the light, making quite some substantial rumor in the San Francisco Bay Area.

Despite the fact that most of the tracks were remakes or arrangements of rock classics, like I put a spell on you (Screamin’ Jay Hawkins), Susie Q (Dale Hawkins) and Ninety-nine and a half (Won’t do) (Wilson Pickett), the album already contains a prelude to what will be the “swamp rock” sound associated with the band and Fogerty’s signature vocal timbre.

The second Bayou Country comes out in 1969 and will be the first of a whole series of hit albums that will go on until 1972. In this one, we find what will be probably the most covered CCR’s song Proud Mary, sung in almost one hundred different cover versions by many different artists. It also contains what can be considered one of the hymns of Louisiana and the South: Born in the Bayou, and a very interesting version of Little Richard’s rock-and-roll classic Good Golly Miss Molly. Though not all the tracks are at the same high levels, musically or technically, it remains a very valid product and helped putting CCR firmly on the charts. 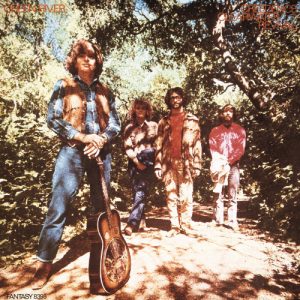 Fogerty’s creative drive provided the means to record another studio album only a few months later, Green River, in August 1969, which will contain what will be arguably their most famous track: Bad moon rising.

The band’s success culminated in their participation to the now mythical Woodstock Festival, playing a whopping eleven tracks. Because of a prohibition issued by Fogerty, none of those tracks will feature in the original film or soundtrack, so that almost no-one knows that CCR had played at this oceanic gathering as well. 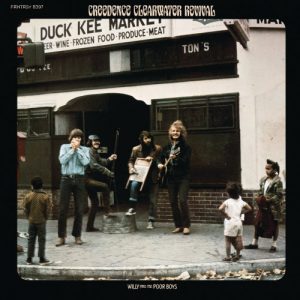 Once again, Fogerty’s creative (tyrannical?) drive, will push CCR to complete and record one more studio album (which makes three in just one year!). Willy and the Poor Boys will be issued less than three months from the band’s appearance at Woodstock. Musically, this album is probably not one of their best, but it marks the apex of the band’s popularity and contains also a couple of vivid protest songs and in this CCR demostrates the capability to make not only good, but also engaged music.

After an extensive European tour (their first one, by the way), the band gathered in the studio again to record Cosmo’s Factory (1970). It rides high on the successes of the previous ones but despite the upbeat tempo, it doesn’t send the shivers down the spine. There is a certain complacency here and there and some passages sound a bit tired and too much rehearsed to sound spontane. Nevertheless, tracks like Travelin’ Band, Who’ll stop the rain, or Long as I can see the light are certainly part of the everlasting CCR’s heritage to a whole musical generation.

It is during this period that the tensions between John Fogerty and the other band members begin to be felt also on the outside and this will start the first cracks in the once unmovable cement holding this band together.

In the wake of the success, before the year was through, again a new album was recorded and published: Pendulum (1970), wich once again becomes an immediate commercial success, sporting fantastic tracks like Have you ever seen the rain, and Hey Tonight. However, the rest of the album doesn’t have anything that makes it really shine. 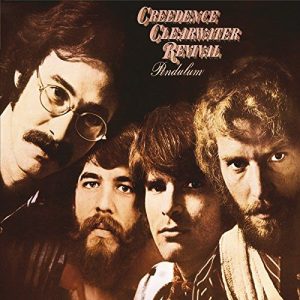 Soon after recording Pendulum, a completely disillusioned Tom Fogerty, whom by now had had enough of his dictatorial little brother, left the band. CCR was unable to find a replacement for Tom and it is even rumored that Tom would have said that no new member could endure being in CCR. Whether that is true, gossip or urban legend, remains to be seen. However, the fact remains that from now on CCR will go further as a trio.

John Fogerty is said to have tried very hard to  glue the band back together, by leaving the surviving Clifford and Cook some more space within the creative direction CCR was moving into. Once again, whether true or not, it did not succeeded in getting back the band to its great successes of the 60’s. 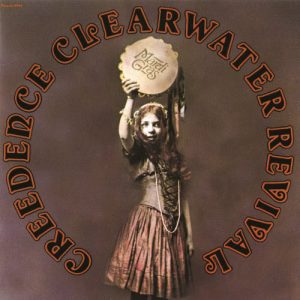 What will be their last album, Mardi Gras, will come out in 1972. The reception by the public was not enthusiastic and the reviews were even less flattering, with the renowned Rolling Stone nailing it to the cross as “the worst album […] from a major rock band”.

The punch will come hard and will prove to be deadly. Towards the end of 1972 both Label and band officially announced the disbanding of Creedence Clearwater Revival.

RIP (for all good reasons).