race yourself… The Deviants are coming!!
The name in itself says enough about their music.

The aggressive charge of this group could be enough to shake any establishment down, and in fact, they just did that.

Mick Farren is the catalyst and motor of the group. 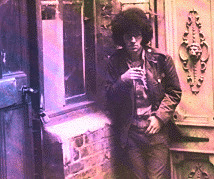 The music is dirty and aggressive, but electrifying, while the lyrics are full of social condemn and revolt.

They have never wanted to be great musicians and in a way they succeeded, since their name has never reached the charts.

However, their music is interesting and their protest is sincere.

One of the centers of the English “freak” scene of the 60’s is the U.F.O. club, in Tottenham Court Road and it’s there that Deviants will be seen the most as well as at the Marquee, another “underground” music mecca.

The music rages on the wave of acid trips and is granitic from begin to end.

Even the apparently silly or “sweet” songs that punctuate almost all their albums, have somehow an acid undertone.

The alienation is not just around the corner, the Deviants are right in the middle of it and scream all their frustrations and protest in everyone’s face, whether they want to listen or not…

Their music can be mentioned in one breath with that of Pink Fairies and Edgar Broughton Band, two more groups that fueled and powered the British underground scene.

Just like the case of the Pink Fairies, the Deviants have been punks long before the punk movement was even born.

Their second product PTOOFF!, is a spectacular album.

From the hyper-hard guitars of I’m Coming Home, to the alienated sweet choirs of Child of the Sky, the music fascinates for its kaleidoscopic variations, putting together ballad with hard-rock, R&B and more. 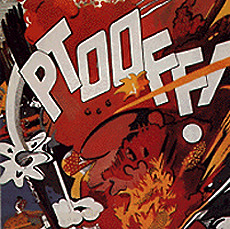 The incredible tracks Garbage and Deviation Street explode, machine-guns rattle all over the place and tear apart everything they aim at.

This is urban guerrilla of the highest quality, something that we’ll see only much later in groups like Pere Ubu, Pop Group and Dead Kennedys.

The psychedelic acid dream of Nothing Man transports us into a small corner of psychotic alienation, but the impact remains.

This music is like a huge wall coming out of the speakers.

Their next Deviants is maybe more orchestrated, but it’s still anything but docile.

Billy the Monster begins as a silly rhyme, soon to be followed by an incredible series of tracks that echo of the usual urban alienation and acid dreams that are characteristic of their music.

The first impression is of a more developed technical attention to the musical details and composition, but this must not distract from the central point: musical urban guerrilla.

And here again, the Deviants are true to their origins and name. 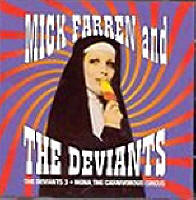 Maybe Deviants is less aggressive or explosive than the previous works, but it looks like the group has found a way to package the same impact into a much more elaborated – but not weaker – musical product.

Musically speaking, the whole album is no less raw than the other products, just because a greater attention is put into the spotless execution of the guitar riffs or the bass loops.

After this album, Mick Farren will break up the Deviants, to pursue a career of poet, writer and occasionally, soloist.

His music will remain of very good quality and a couple of his solo albums will survive the punk and new-wave era. They will remain fresh, original and enjoyable products with still a punch to deliver.