e is a legendary singer songwriter who perhaps could not survive the evolution of the world around him, but that is not the reason why we should remember him.

Donovan, whose full name is Donovan Phillips Leitch, was very early in his life in touch with British and Irish folk music, as his family were really passionate about it.

He started playing guitar at 14 and almost immediately started to learn how to use the crosspicking technique, which will become one of his signature marks in almost every song he will compose.

By the end of 1964 he was already under contract with Pye Records and not very much later, on his 19th birthday, his first album was a reality: What’s Bin Did and what’s Bin Hid, which will get in the US its perhaps more known title of Catch the wind (1965). 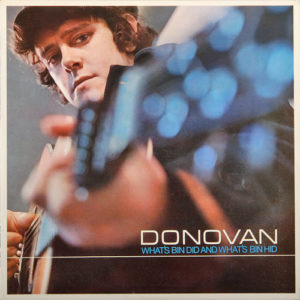 His music speaks of old stories and new inspirations, reminiscent of old Irish and British legends and the way to represent them in a jacket that could have been worn by Woody Guthrie while telling the great American stories.

His compositions smell of old earth and magic, fairies, countryside stories and troubadouresque poetry; and his textes possess a distinct and sensible poetic overtone, between tradition and innovation, dream and reality.

In the same year, another record follows: Fairytale (1965) on the same wave of the first one, with a Donovan in search of the perfect synthesis between folk and modern musical forms like psychedelic rock and jazz. 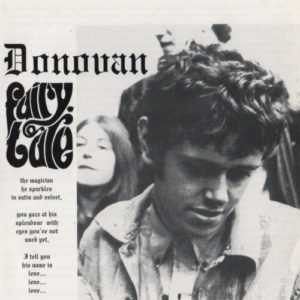 By 1966, his research on new expression lines, made him shed his links with Guthrie and Dylan (about which all too much has been said and written) in order to evolve his style towards the (musical) streams emerging at the time, like psychedelia and the West-Coast counterculture, without forgetting about jazz and blues, which will always be a part of his musical connotation.

This evolution started with the new album Sunshine Superman (1966), where the influence of flower power, the Grateful Dead and Jefferson Airplane begins to be evident.

Because of legal squabbles between the former and new label, the US and UK editions of Sunshine Superman differ in the tracklist and publication date, which failed to obtain the envisaged commercial punch had they been brought out together and with identical tracklists. 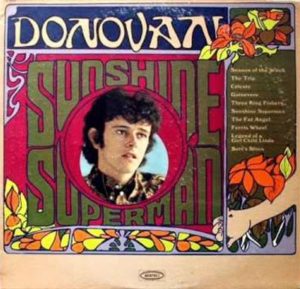 The rumors that Donovan’s career might be already at an end, did not reach the singer, who was on an extended holiday in Greece. Perhaps all for the best.

Donovan was also furiously writing new material and immersing himself in the new influences of his American adventure, while at the same time, he was seen in the UK (and Europe) as the myth and torch bearer of the new Brit Folk revival.

It feels as if he was split into two different persons, one on each side of the ocean, creating two different streams of music and still at some point joining them into one single product (and personality).

In 1967, Mellow Yellow hits the US charts, while it’s not released in the UK. Here Donovan tries to come to terms with the folk heritage and winks back to his friend Bert Jansch and again tries to reconcile the folk matrix with the more modern currents of the mid-sixties musical scene. 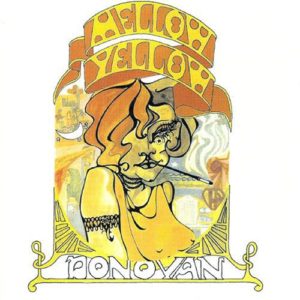 Soon after, Donovan will be the first UK music celebrity to be arrested for possession of cannabis, which was followed by many more cases involving famous names like The Beatles and The Rolling Stones.

Though no one ever denied to have used cannabis, the majority of the stories were discovered to be hearsay or just false reports, his arrest caused the US government to refuse him entry to the US until late 1967, making it impossible for him to participate to the Monterey International Pop Festival, planned for June of that year.

Towards the end of 1967, a new album was released: A gift from a flower to a garden, which was released initially as boxed set, though almost immediately the US version was split into two separate albums, because the producers did not believe the boxed set would sell. They were proved wrong, as the original boxed set sold more and better that the two split albums together. 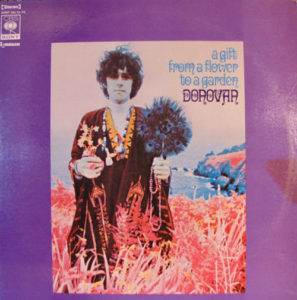 The psychedelic and mystical matrices are unmistakable and immediately recognizable, probably influenced by Donovan’s encounter with the guru Maharishi Mahesh Yogi and the realization that the move from cannabis and LSD into hard drugs was starting to cost dear to many of his musical contemporaries.

Donovan’s next album, The hurdy gurdy man was released in 1968 and was actually named after the title track, dedicated to his old inspiring force Mac MacLeod, whose band was called indeed Hurdy Gurdy. Also this album would not be released in the UK. 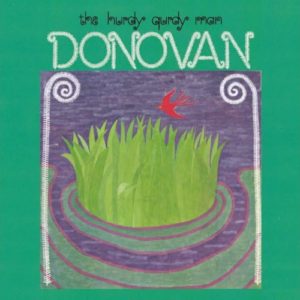 By this time, Donovan’s involvement in transcendental meditation and the eastern philosophies was a fact and he even moved to a commune-like location on the island of Skye, where George Harrison was one of his most frequent visitors.

In 1969 he performed in the now legendary free concerts in Hyde Park, with ilustrious names of the UK underground scene (just to name two: Edgar Broughton Band and Third Ear Band) and soon after, he released a new album: Barabajagal (1969), which can be considered like a collection of all different facets of Donovan’s musical production. 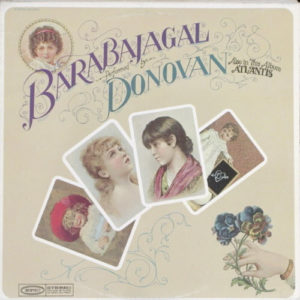 But things were not going well between Donovan and his long time producer Mickie Most and towards the end of 1969, the two fell out (supposedly during a planned session with other musicians, during which someone brought in some dope and nothing was achieved anymore) and went their separate ways.

The following period was one of creative crisis for Donovan, where the following album, Open road (1970), seems to mark a return back to the folk and celtic rock of the singer’s first years, though missing the punch and innovative force of those early compositions. 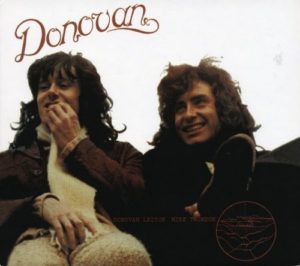 The artist’s creative force was rekindled by his return to the UK, cutting his US tour short by several weeks. He finally married his long time love Linda Lawrence. When she became pregnant with their child, Donovan began to put together a series of tracks for a children’s album, echoing the lost sounds of his youth and tapping into old recordings that spanned a long production period, between 1968 and 1971.

The result is what can be considered his last really original and worthy album: HMS Donovan (1971). In this album, Donovan seems to have reached a sort of maturity of sound and content, going once again full circle through all his favourite styles and themes. 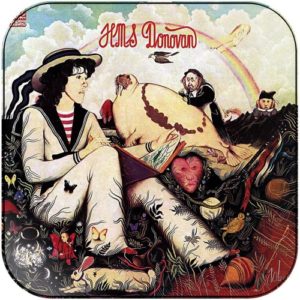 But then, punk rock happened and the interest of the public took a 180 degrees turn from where Donovan and his music stood. He went on writing, composing, making movies, peresenting radio programs for the BBC and whatnot, with the occasional concert for aficionados.

Despite the 17 more studio albums that will be produced (between 1973 and 2013), not much more new or exciting is added to what had been already done and said, even though Donovan remains, to date, one of the most inspiring and intense singer/songwriters of the last five decades.