e can keep this short ‘n’ sweet: Dr. Feelgood is damn fine R&B that smells of sweat and raw oil from the Gulf of Mexico, despite the fact that they are British, every single one of them.

The band forms in 1971, when Wilko Johnson, Lee Brilleaux and John B. (“Sparko”) Sparks, all playng in different R&B bands during the end of the 60s, get together, invite drummer John Martin (aka “The Big Figure”) to join them and start jamming their favourite R&B and Blues classics. 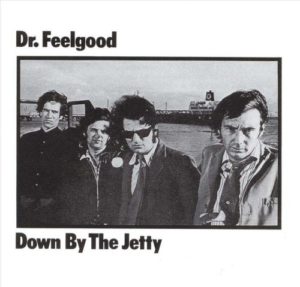 Their name is taken from the record of the renown blues pianist Willie Perryman and indicates the general direction the band is heading: Blues and R&B without too many compromises.

They are quite good at it and if you like the genre, they will fulfill most of your musical dreams. On the other hand, if you prefer some variation and research into new ways, then you’ll be sadly disappointed. They will remain true to what they play and this is commendable, but at the same time reductive because, let’s be honest, would you listen only to R&B, day in, day out?

Their first Down by the jetty (1974) is a good collection of tracks that will lift your spirits and make your feet itch and start to move, but no more than that. 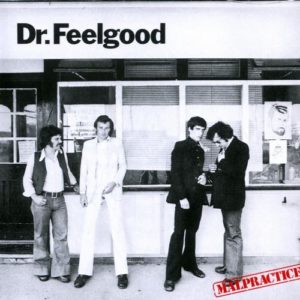 Good executors, in particular the scratching and syncopated guitar play by Wilco Johnson should be mentioned, they fail to fill huge halls and that is also not surprising, when you move in such a small niche like the R&B at the beginning of the 70s.

Nevertheless, they have one more robust studio album, Malpractice (1975) before Wilko Johnson leaves the band because of some unclear conflicts with Lee Brilleaux.

Withouth Johnson, the band will lose quite some followers, but their next Stupidity (1976) manages to reach high places into the charts (nr.1 album in the UK), which is quite surprising if you think how many little masterpieces the prog rock and Canterbury will produce during that decade. 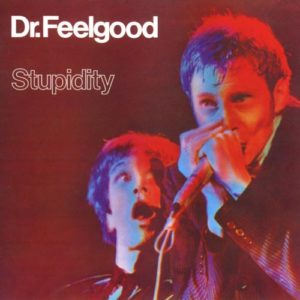 Anyway, without Johnson, the band is not the same anymore and one by one, all other members will go their own ways, leaving Brilleux as the only original member, well into the late 80s.

When Brilleaux passes away in 1994, Dr. Feelgood had been a ghost already for some years. They will go on, with completely different formations until after 2013, but that is an entirely different story, one that doesn’t really need to be told.