ormed in 1967 in Dublin, Dr. Strangely Strange is one of those little gems that disappeared after only a short existence.

The music can be put between rediscovery-folk, experimentation and psychedelic rock, but actually none of those labels fits exactly this Irish band. 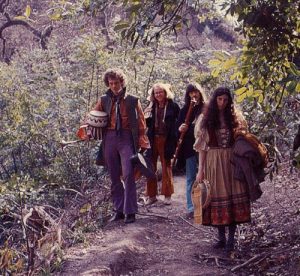 Their major merit is to be Irish and still not playing traditional Irish music. As a matter of fact, of its two father founders,  Tim Booth (vocals, guitar) and Ivan Pawle (bass, keyboard), only Booth was born in Ireland, while Pawle was an Englishman transplanted there.

Their first album, Kip of the serenes, saw the light in 1969 and though it was already anomalous compared to the mainstream Irish Rock, it was not yet so divergent to put them into the spotlights. 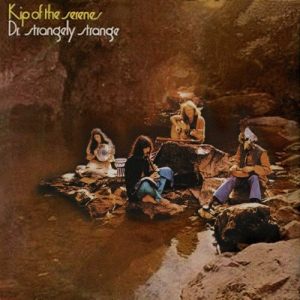 But that was going to change in 1970, when their second Heavy Petting was published. The album is in itself the container of the band’s evolution, where the tracks on side one evolve from a more standard rock and psychedelic matrix into those on site two, where old and unusual instruments, like harmonium, autoharp, recorder and glockenspiel, take over and the players create the traditional metrics ex-novo and transform them into completely new compositions.

After this new album, the band started touring in the hope to consolidate and then to evolve into something new and more mature, but unfortunately just the opposite happened and they disbanded in 1971. 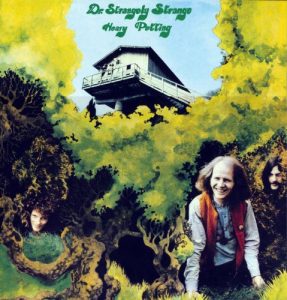 Two more albums will follow with different formations, but they are for some reason difficult to recognize as the product of the same band and sound like someone completely different. The initial spirit and will to experiment were lost forever.

Their albums ended up on the shelves of the unsold records for many years and were practically impossible to find.

Only in later times, they were rediscovered and a few of new issues were released on alternative labels.

But at that time, Dr. Strangely Strange was already a shadow of the past. Pity, because with a little bit more fortune they could have reached the circles of the more famous names and with a lot more to say.