band born in the Bristol area during the second half of 1967, under the provisional name of “Pictures of Dorian Grey”, almost immediately changed into the final and more congenial East of Eden.

The lineup saw a starting nucleus formed by Dave Arbus (violin, flute, sax, trumpet), Ron Caines (alto sax), Geoff Nicholson (guitar, vocals), Mike Price (bass) and Stuart Rossister (drums). However, between formation and first album, the intriguing Mercator Projected in 1969, quite a few people will leave, new ones will replace them or add up to the original group. 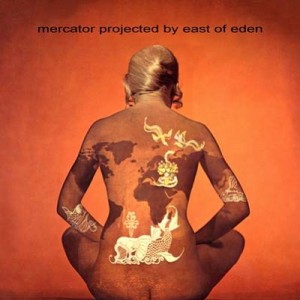 The album is daring, maybe not structured and polished like King Crimson’s debut In the Court of the Crimson King, but still very diverse and more challenging  than anything that was being released at the time.

The general atmosphere is eerie and reflects the influences of Oriental and Central/Eastern Europe classical and traditional music, while many tracks have a brooding and at times exploding violin parts which in a weird way perfectly harmonize with the psychedelic tinge.

In 1970 their masterpiece comes out: SNAFU. 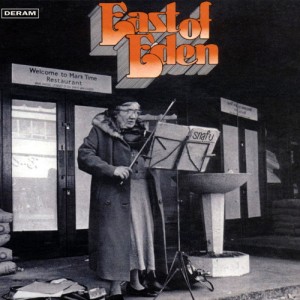 It’s immediately a hit and one of the tracks (Ramadhan) even reached number two in France.

The episodes in SNAFU are more coherent than in Mercator Projected, but maybe the freshness and the novelty of the first album were traded for a more textured musical complexity and instrumental virtuosity.

One track after the other, the music moves through the atmospheres of the Far East to those of Rock, apparently without any effort. More true is that it takes a great dose of creativity to integrate all those influences in one unique product, and East of Eden is mastering the art of contamination in a splendid way. 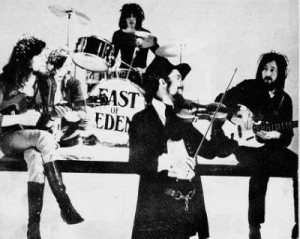 We do not see the asinine transcription of traditional (Eastern) phrases forced into a more Western matrix that will afflict the music of too many other bands (in Europe and overseas); here the mix is genuine and heartfelt, perfectly blended into something new and exciting. Sometimes the product is less accessible to the wider audience, but it all resounds of innovation while still rummaging very deeply into the very British folk and rock roots.

East of Eden is a band that seems to live without borders or at least is able to roam over those borders and transcend them through their musical product. 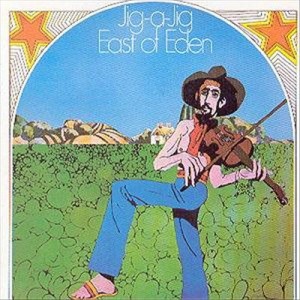 Another album, Jig-a-Jig, a compilation that was made only for the European market, is released in 1971. It sounds as a writing on the wall that East of Eden may not have much more to say.

A few more good tracks can be found on the eponymous East of Eden (1971) but despite some new sparks, the roaring fire has turned into embers. 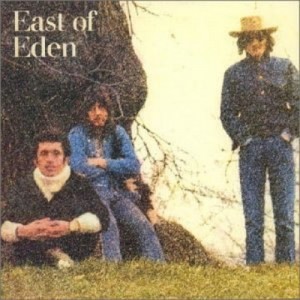 Between 1971 and 1978 there are no really new products and one re-mix follows the other.

This is the moment when also the formation starts to crumble: Dave Arbus leaves and is replaced by John O’Donnell, though this will not save the band from further disintegration. Geoff Nicholson also leaves and East of Eden finally disbands in 1978. 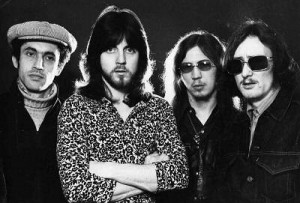 In later years, different members of the original formation will reunite and bring out some albums, but it’s not really East of Eden anymore.

Better to remember this innovative band for its two first masterpieces and just admire and celebrate them for their undeniable merit of having brought a wind of change into the British rock scene of the 70’s.

Relying on the government to protect your privacy is like asking a peeping tom to install your window blinds.