erhaps a less known band belonging to the vast panorama of the acid and progressive British rock scene of the late 60’s and early 70’s.

Formed by the two Broughton brothers, Robert “Edgar” (guitar, vocals) and Steve (drums), soon joined by bassist Arthur Grant, the trio is rough, politically engaged and is a thorn in the side of the British establishment.

Their best performances are live (that should be no surprise) like the legendary one given on the back of a truck because they had been refused the permission to play in a public park (it is already a wonder that they had asked for permission in the first place…). 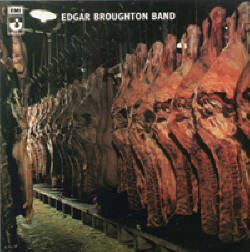 They had attracted the attention of the legendary DJ John Peel, who granted them a session in his “Top Gear”, as early as March 1969, doubling up in August of the same year.

They were the first band to appear on the first-ever single published by the EMI’s progressive label Harvest, an undeniable honor they share with other illustrious names like Barclay James Harvest, Bakerloo and John Chapman.

They play no-nonsense underground rock with an intense political and social charge, which did not help them to find easy public acceptance, something that on the other hand, they were absolutely not interested in, either. 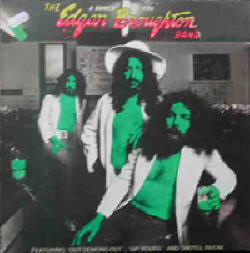 It’s not a matter of comparison, but they can be described as the angry political version of Deviants (sic!).

Many say they have been influenced by the heavily engaged revolutionary movements sprouting all over the Continent, in particularly from Germany and that is probably why their most enthusiastic continental audiences were located there.

Within these premises we can find their whole explosive and expressive charge, their rage against the “official line”, their open denounce of all what was wrong and more. 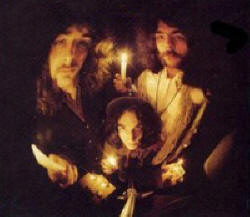 Tracks like Out Demons Out, Dawn crept away, Death of an electric citizen, Hotel room and Evening over rooftops, are wounds indelibly creased deep into the flesh of stiff-upper-lip England, scarring it for everybody to see, like a mark of infamy.

Their condemn and engagement are sincere, not a pose taken just to make some money out of the acid-freaks walking on red carpets.

They played – mostly for free – in support of many righteous causes, wherever and whenever they could.

Their music is not only a medium – and never an excuse – to propagate their political and social messages, it reaches the audience with its directness and completeness.

Based on very linear metrics and basic riffs, the band is able to expand their creativity into suites normally extending beyond the 15 minutes without falling into repetitions or tedious musical déjà-vu. 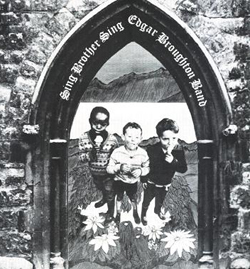 Their way of playing is not overly elaborated and never overdone.

Nonetheless, their suites are complex and interesting from begin to end, without leaving the listener at any time to grow distracted or even worse, bored.

Even though they have not been around much on the public stage during the 80’s and not at all during the 90’s, it’s interesting to know that Robert “Edgar” Broughton was at the time active as a youth worker in the London suburbs (and for some time longer), thus by all means still able and willing to reach people where most needed and still fighting his battle against the establishment (like his idea – brilliant one, if I may say so – of some “smart” computer viruses to level down the Stock Exchange).

Humanity is acquiring all the right technology for all the wrong reasons.