ame story as for Genesis and Yes: either you love them, or you hate them. However, I think they deserve (like both aforementioned bands) a more lenient judgement or at least be recognized to have attempted a sort of contamination between contemporary rock/pop music with classical/baroque compositions.

They didn’t fully succeed, that much is clear, but I don’t feel like burying them under a mountain of disdainful and snobbish belittling either.

They have been since the first years of the 70’s one of the most famous trios in rock-land and in that they abide in illustrious company of, among others, Atomic Rooster, Blue Cheer, Cream and Egg. 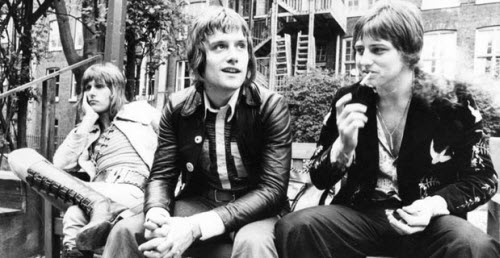 Before anyone tries to trace and punish me for this statement, let’s first refine it a bit. Emerson, Lake and Palmer (henceforth simply called ELP) may not be compared at the same level of Cream or Egg or Blue Cheer, mostly because they make a completely different kind of music and move from completely different assumptions. What I meant was simply that ELP is a Trio, that they have been very famous and that also other famous bands happened to be trios. Nothing more, nothing less.

Keith Emerson is the undisputed leader, lord and master of the band, though we cannot forget the excellent drumming wonder-kid Carl Palmer and the smooth bass player & singer Greg Lake (what got into him to leave King Crimson for ELP? I’ll never understand). 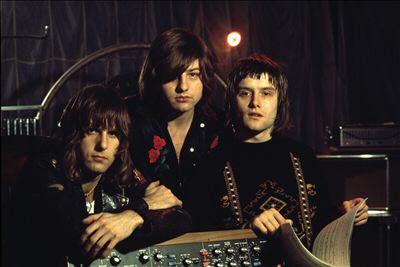 True, Emerson’s humongous ego can be accounted for the band’s success and at the same time for its decadence, but on the other hand his excellent technique will remain practically unmatched and unchallenged for years. In truth, his acrobatics on the Steinway grand piano, Hammond organ or Moog synthesizer are still used in music schools as examples of virtuosity.

The band forms in 1970 and before the year is over, they produce their first album, Emerson, Lake & Palmer, immediately followed by the second one, named Tarkus. 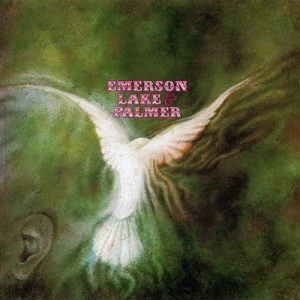 ELP’s predilection for classical music and Emerson’s constant endeavor to amalgamate classic and modern is simplified by the opening track on the first album (The Barbarian), which is nothing more than a re-arrangement of a Béla Bartók’s piano piece called Allegro Barbaro. This can be considered as ELP’s manifesto and no album will be published without at least one track presenting an almost canonical arrangement of a classical movement.

This predilection is so strong that ELP’s third album (released in 1971) is entirely built around Modest Mussorgsky’s Pictures at an exhibition and will even bear the exact title of Mussorgsky’s piece.

The best and at the same time worst of ELP were the live performances. Huge gatherings of literally hundreds of thousands spectators (for example, the one in Ontario, California on April 6th, 1974, registered around 250.000), involving 40-odds tons of equipment, gigantic truck convoys, armies of technicians, all spiced-up by ELP’s members histrionics and over-the-top solo performances lengthened to the limits of the obscene. 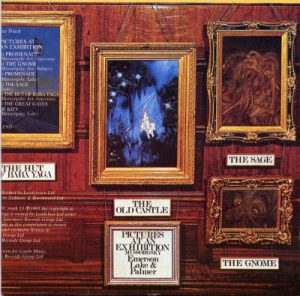 Despite this extended success, the band breaks in 1974. Not much is known about what happened until 1976, when they reformed to record the first volume of their magnum opus, Works Volume 1.

Maybe the break was due to the ever growing Emerson’s dictatorship over the musical production. However, in Works Volume 1 we can find compositions by each member on the first album, while on the second ELP performs group’s compositions. 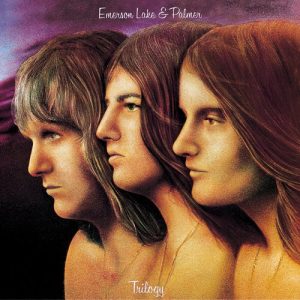 Despite a few sparkles, the double album does not convince and fails to captivate the masses, besides the die-hard fans.

In 1977 they record Works Volume 2, which is even less a success than the previous volume.

The music is not original, neither a good arrangement of a classic piece is to be found in there. The album struggles to stay alive and actually fails miserably also with the more convinced fans.

A couple of insignificant live albums from their ’78 concert tours will enrich the already collapsing discography and in 1979 ELP finally has the good taste to disband forever.

Their only merit I can feel to subscribe, would be to have brought a lot of young people to listen more closely to classical music, if ever, and for that a little credit is due, without making a great fuss of the whole thing.

Like with all big superstars, huge egos are the first spark to success, soon to become the heaviest weight dragging down all creativity and innovation.

ELP was no exception.