k, this is going to be once again a somewhat shortened story instead of a full biography. Fairport Convention made it until our days, but “the real thing” was and still is the formation(s) between 1968 and 1972-ish.

This doesn’t diminish their immense value in being perhaps the most famous, valid coherent and influential formation playing British Folk Revival during the last 50-odd years.

That said, the true story can be told by just looking at their work between the mentioned dates. All that comes after 1972 is just chronicle, repetition (no matter how valid and entertaining) and has, no matter how much we love them, only a feathery impact on the music culture of our time. 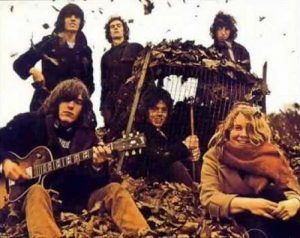 Their name takes its origin from the house belonging to Simon Nicol’s father, in North London, called Fairport. Nicol started to gather there together with bassist Ashley Hutchings, Richard Thompson on guitar and Shaun Frater on drums.

Their orientation brings their music to orbit around Joni Mitchell’s and Bob Dylan’s (and perhaps even The Byrds) sound and influences. Nothing wrong with that, but there is the risk of fencing in creativity and musical experimentation. 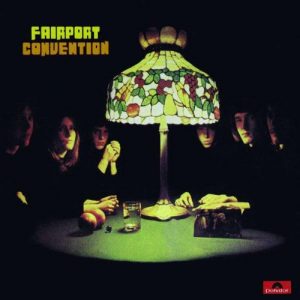 The album did not meet a huge success and the band changed label and re-arranged the formation by replacing Judy Dible with Sandy Denny, who had previously sung with The Strawbs.

With her and Matthews on vocals, the next What we did on our holidays comes out in 1969. The album hinted already on what the new direction of the band was going to be. First of all the incredibly delicate Fotheringay shows how airy and still intense Sandy Denny’s voice can be and provides a glimpse of wonderful things to come. The album begins to slightly move away from the “Jefferson-Airplane-feeling” of the debut one, though we are not yet in full Folk-revival mode.

Immediately after, Unhalfbricking comes out, also in 1969. Birmingham-born violinist Dave Swarbrick will join the formation on a couple of tracks and his influence will start bending the course of the band’s history. The sound detaches itself more and more from the American stain it bore. Also Sandy Denny seems to grow, both as a singer as well as a songwriter, like all the other members, by the way. 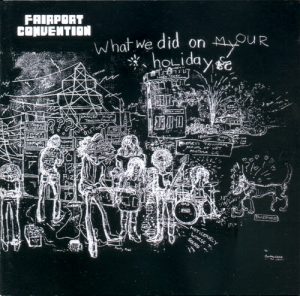 This album is a turning point and the band becomes even more interested in the origins and heritage of the British folk traditions. They strive to integrate those within their sound or even better, to make them re-live in a new form, a completely different approach than other bands, like for example The Amazing Blondel, where the music is attentively transcribed and played as if they were in front of an 16th Century audience, which has certainly its merits but is also not very innovative in a broader context.

But the real turning point will come soon after this record, together with a frightful drama.

While returning from a gig, the band had a severe accident on the road home, in which Lamble and Thompson’s girlfriend lost their lives.

This could have been the end of Fairport Convention, but while Iain Matthews left to form his own band (Matthews Southern Comfort), the rest reconvened and Dave Mattacks (drums), together with Dave Swarbrick (violin), became full members and helped to cement the formation and to start the healing process. 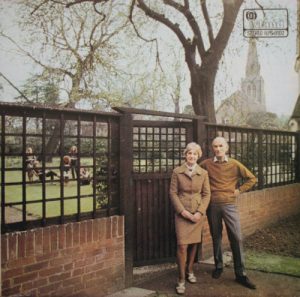 It is with this lineup that they started to work at what will be the most iconic album of the British Electric Folk history to date.

This incredible album contained only three own compositions and six traditional tracks rearranged by the band. From a certain point of view, this could be considered Fairport Convention’s “real” debut album, in a very positive way.

The music is fresh, gentle but strong, spontaneous, deeply felt and there is almost no audible boundary between own tracks and ‘traditionals’. Everything mixes perfectly, from Mattacks’ precise and reliable drumming, to Swarbrick’s inspired violin, with the fluidity of both Thompson & Nicol’s guitars, all bridged together by the ethereal and intensely captivating voice of Sandy Denny.

Though this is pure folk revival optima forma, the rock matrix is still discernible and is never ancillary to the rest, making the product, in its totality, completely innovative. 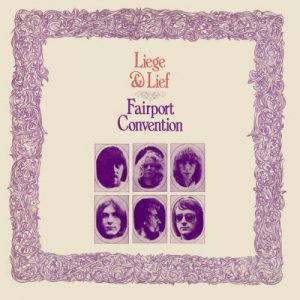 We could go on in endless enumeration of superlatives, but it’s better to listen to Liege & Lief and let it sink deeply and slowly and then resurface into a new consciousness about how strong a hundred years old musical matrix can become modern when revisited by true masters and innovators.

Unfortunately, as it has happens in all best (musical) families, disagreements on the (musical) leadership started to undermine the band’s unity, resulting in Sandy Denny leaving to form her own band Fotheringay, while Hutchings started the parallel and maybe only valid Fairport Convention’s contendent: Steeleye Span.

While such important figures move out of Fairport Convention’s scene, the band has still the power to produce a new very valid album: Full House, in 1970. 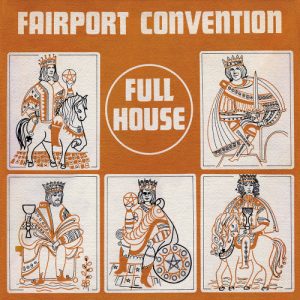 Having gone back to the all-male-singers model, is perhaps the only real defect we can find, as quite a few tracks would benefit form Sandy Denny’s incredibly soft and ethereal voice.

Maybe the best synthesis of this product is what the music magazine Rolling Stone gave, describing the album as “… an English equivalent to The Band … they have soaked up enough of the tradition of their country-folk that it begins to show all over, while they still maintain their roots in rock”.

Once again, the mix of traditional and own compositions is well-balanced and never fails to surprise and delight for the freshness of the arrangements, the innovatine use of the electric instruments and at the same time returning a genuine feeling of ancient folk music. 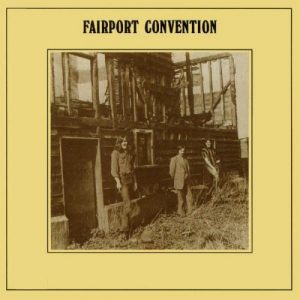 But as it happened before, once again the formation was rearranged due to Richard Thompson’s departure. Now the task to hold things together fell on Dave Swarbrick, who had the quite bright idea to move all the members and their families into a single location called The Angel, a former pub in Hertfordshire, just north of London.

This relocation inspired the next Angel Delight (1971) and was the place where the next project, a musical folk opera of sorts, moved its first steps, culminating in the recording of Babbacombe Lee (also in 1971).

Despite the rather encouraging recensions in the US and UK, both albums failed to emulate the quality and intensity of Liege & Lief or even Full House. 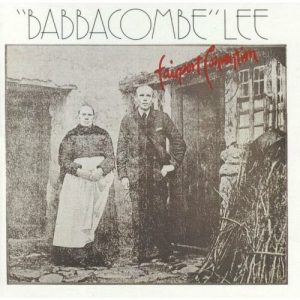 The music remains impeccably executed, but the unity is lost and there is nothing that sends the shivers down the spine.

When also Simon Nicol and Dave Mattacks leave the band towards the end of 1971, all that was left of Fairport Convention were Pegg and Swarbrick. They will try to keep the legend alive, but will end up in new formation after new formation. Sometimes, old members will shortly re-join, like Mattacks and Denny, but the band never gained back its full power and creative charge of their heydays.

They will go on playing music as far as our days (2015 and onward), though the actual story of Fairport Convention can be all told in their first five albums. A wonderful story of how a group of creative people can effectively forge a new musical stream, making it ascend to example of a whole Nation’s cultural heritage and re-formulate it into a new and modern musical form.

That is an extremely rare achievement in the musical history of the last 50-odd years and it has been recognized several times by the music and mainstream industry in many ways. 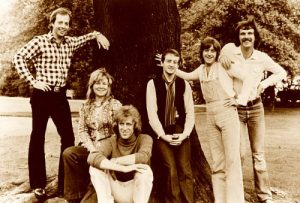 They received a “Lifetime Achievement Award” at the 2002 BBC Radio 2 Folk Awards and again in 2006, when their iconic album Liege & Lief was voted as the “Most Influential Folk Album of All Time” by the Radio 2 listeners. Finally, in 2007, during the BBC Radio 2 Folk Awards, Fairport Convention will receive an award in recognition of the late Sandy Denny for her track Who Knows Where the Time Goes?, which was elected “Favourite Folk Track Of All Time”. This can’t be a bad thing…

Jazz will endure just as long as people hear it through their feet instead of their brains.