aust is probably the first and most important exponent of what will be called, in a slightly desecrating but affectionate manner, “Krautrock”.

They are perhaps less known than their countrymen Guru Guru, a little less flamboyant in their executions, but they are still a very valid example of the transformations that the traditional British rock matrices underwent once they were assimilated on the Continent.

Their story begins in 1971, in the vast countryside of Northern Germany, in the Bremen area, when Werner “Zappi” Diermaier (drums), Hans Joachim Irmler (organ), Arnulf Meifert (drums), Jean-Hervé Péron (bass), Rudolf Sosna (guitar, keyboards) and Gunther Wüsthoff (synthesizers, saxophones) secured a contract with Polydor-Germany, even before they had started to put their tracks together or even submitted a demo tape. 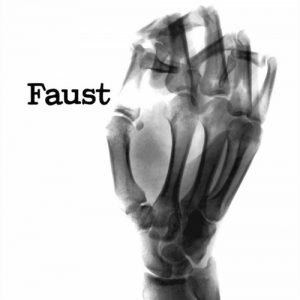 Once they sent their demo tapes, containing everything from rock songs to experimental recordings of someone washing dishes, their first eponymous Faust (1971) was already a reality, with an extended and incredibly interesting Miss Fortune occupying the whole B-Side.

For once the role were inverted, in that the audience was not much impressed by the debut album, while the critics praised the product up to the stars. This helped surely the band to establish a solid base and to further expand their exploration in rock-land. 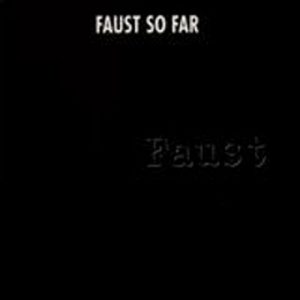 Arnulf Meifert was sacked (for unclear reasons, like “he was too neat” or “he had an absolutely beautiful girlfriend” and more of such nonsense) and Faust was ready to embark into their second endeavor: So Far (1972), where the band will explore their interpretation of different musical styles across nine tracks.

Still not hugely acclaimed, this new album certainly was more accessible to the masses and therefore their popularity started to rise. This was the moment that their management deemed right to introduce their music to the British market. As a result, they were one of the first bands to sign with Virgin Records.

The freshly created Virgin Records then set up a quite awkward and daring publicity campaign, by collecting bits and pieces of the band’s private collection of compositions, putting them all together in a collage album that will go onto the market under the name of The Faust Tapes (1973). Not only, the other and perhaps bigger stunt was to put the LP album on sale for the price of a 7″ single. The album sold well over 50.000 copies, though the figure were not accredited, due to the negligible price per copy. 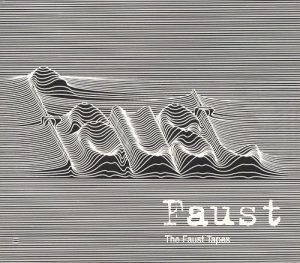 Nevertheless, the advertising gimmick worked and the British audience asked for more. By reflex, Faust’s music bounced back to the Continental market much faster and better than it originally did when distributed by their local Label. Probably a matter of fashion of the time: if it comes from the UK, then it must be some good…

Tony Conrad wanted them for his extremely interesting and nowadays practically impossible to find Outside the Dream Syndicate (1973). This sidestep into the American avant-garde helped on one hand in projecting the formation’s popularity into new heights,  while it also boosted their experimental force.

After the Outside the Dream Syndicate experience, the band returned to the studio to compose what will probably be their best and best known product: Faust IV (1973). 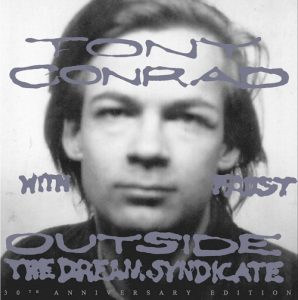 The album marks a convolution in the experimentation, that the audiences of the time were not entirely ready for. In reality, it’s an excellent album that beautifully synthesizes the experiments of a whole Continental musical stream.

It’s probably not a coincidence that the album was included in the book: 1001 Albums You Must Hear Before You Die, a musical reference book published in 2005, which compiles articles on albums chosen by a panel of music critics to be the most influential in popular music between the 50s and the 00s.

At this point, Faust was ready to embark into the recording of their 5th album. However, Virgin rejected the project and Faust decided to disband. 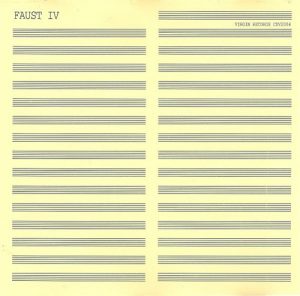 As far as I’m concerned the story ended there and then and there is no necessity whatsoever to mention what a couple of former members started during the 90’s, still under the name of Faust, which can be good or bad, whatever you like.

As far as I’m concerned, 1975 was the last time that Faust was heard.

All what will come later is just an entirely different story.

One that I don’t feel the urge to tell.

Technology is just a tool. In terms of getting the kids working together and motivating them, the teacher is the most important.