robably the only Dutch (rock) band ever to gain some deserved popularity in Rock-land. Not an exceptional or revolutionary formation, but still quite appealing, musically and technically, if only for their exceptionally gifted guitarist, Jan Akkerman.

The first appearance (not yet under the “Focus” name) took place mid-1969, when keyboardist and vocalist Thijs van Leer teamed up with bassist Martin Dresden and drummer Hans Cleuver for jamming sessions during the ‘Jazz and Poetry’ program on the Dutch radio.

After that experience, the trio went on playing covers by Traffic and some compositions by van Leer, in and out the musical circuit of Dutch capital city of Amsterdam. 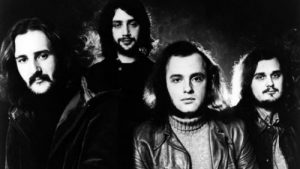 It was during one of those gigs (where van Leer was part of the musical entourage for Ramses Shaffy’s theatre performance) that Thijs van Leer was introduced to Jan Akkerman. The musicians jammed together for hours and declared that it felt as if that was meant to be and the trio became a quartet, assuming their final name of Focus.

After a brief experience playing as pit-band for the Dutch production of the musical Hair, the band started to concentrate more on their own production and began to compose and record their own tracks, which eventually will be collected in their first album In and out of Focus (1970), also known as Focus plays Focus.

The album was not a huge success, which van Leer ascribed to the fact that he was singing in English with a noticeable foreign accent, and perhaps this was also a reason for the band to move towards more instrumental tracks. 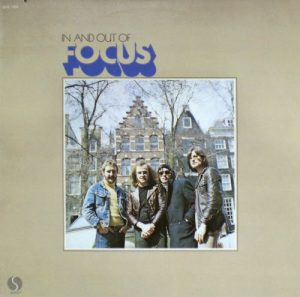 This led to the composition of what will be their first real success: the single House of the King, an instrumental track which will be used for many years by lots of radio programs as their tune. Immediately after the release, the track soared directly to the top-10 in the charts. The track was even added to the US release of their album.

Despite the initial success, Akkerman was unsatisfied with the rhythmic session (Cleuver and Dresden), but van Leer had no intention to part with his two founding members and things started to get nasty, with quarrels, threats and whatnot. 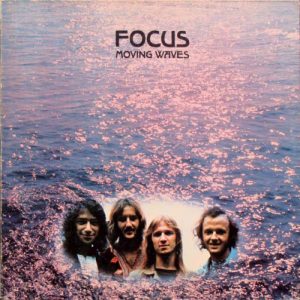 This became their real break-through album, moving from strictly rock matrices towards jazz-fusion and classical scores exploration. The tracks lengthened and the musicians (Akkerman in particular) took more space for their solos. The album was so well received that it moved almost immediately to number 2 on the UK charts (while only 4th in NL and 8th in the US). Tracks like Hocus Pocus will be the signature track of the band and decades later people will recognize them, though very few will be able to mention the Artist.

After a period of touring and radio gigs, the band went to the UK to record their third album. Focus 3 (1972) came out as a double album, with a slightly revised formation, with Thijs van Leer (vocals , Hammond organ, piano, alto flute, piccolo, harpsichord), Jan Akkerman (guitars, lute), Bert Ruiter (bass) and Pierre van der Linden (drums). While more accessible, the music is trying to mature towards more spacious confines, but the product will still not convince entirely, despite the presence of tracks like Sylvia and House of the King, that will lift the album up on the charts. 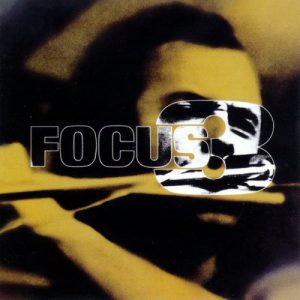 Despite the successes, or perhaps because of that, the already present tensions between Akkerman and van Leer mounted up and the two were never seen again in the studios at the same time. Nevertheless, the band’s fourth studio album came out in 1974: Hamburger concerto, with again a changed formation featuring Thijs van Leer (Hammond organ, flute, piano, harpsichord, moog, ARP synthesizer, recorder, mellotron, vocals, accordion organ), Jan Akkerman (guitar), Bert Ruiter (bass) and Colin Allen (drums). It is also said that the band minus Akkerman recorded during the day, while Akkerman came to the studio in the evening to record his scores.

While acclaimed as a more mature product, Hamburger concerto slides even more towards the exploration of classical music and its contamination with the rock matrices… something that did not leave much space for creativity and was a bit detached from the turmoil of those years, the political movements that took music as a way of expression or fight. It’s probably with this album that Focus started to lose more and more followers. 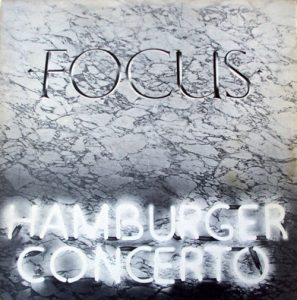 Once again, the band embarked in a frenetic and extensive worldwide tour activity, hence leaving very few time for the creative process and composing new materials.

The product was miles away from the interesting mix of jazz, classical and rock of the previous ones and was evolving towards more mainstream rhythms and atmospheres.

More squabbles, more internal fights and Jan Akkerman leaving (or invited to leave) Focus, the more and more mainstream direction the compositions were going towards and finally it was about time that someone pulled the plug.

This happy event happened in 1978. If Focus had been an interesting Dutch experiment, it ended up as a ill-managed, and even worse musically guided bunch of primadonnas fighting about pretty much everything.

Focus will reunite and disband many more times, but the essence is: the Focus worth listening to is that of the first three, maybe four albums, after which nothing much valuable will be produced.