oved and hated by millions of people all over the world and probably one of the most popular musical phenomena of the last 40-50 years.

I’m pretty sure that the term “Symphonic Rock” has been specifically coined to describe their particular musical approach to rock music.

In the late 60’s they came to the general attention and were subsequently marked as one of the rising stars of what at that time was still considered as “Progressive Rock”. 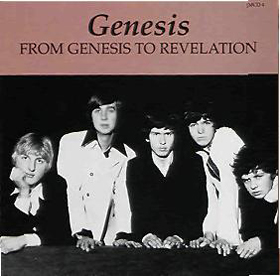 The symphonic rock definition is still the one that better fits their musical approach, not only as the general way their compositions sound, but also in the way they build up their musical scores.

The typical symphonic structure is very evident, using the known division of every track in three to four movements which are on one hand quite separate – sometimes even bearing its own distinctive rhythmic structure – but invariably recognizable by their shared rhythmic and melodic elements recurring along the whole composition, which eventually bind all the movements together.

While the structure is similar to a typical 18th century classical symphony, the use of almost pastoral and mythical themes in a rock setting, puts their music on a kind of parallel course with middle-ages notations.

The whole atmospheres and lyrics are generously speckled with references to England’s folkloric and literary heritage, with a couple of good old Greek myths and legends here and there, just to spice up the mix. 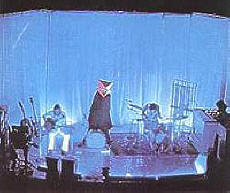 This is handled with intelligence and a perfect sense of synthesis, and in this they must be recognized as true masters.

The other important factor which will, in a way, sanction their great success, is their infallible theatrical sense, mostly due to the spectacular scenographic skills and creativity of their mime-singer Peter Gabriel.

Genesis started with an unusual setting, with Peter Gabriel on vocals, Tony Banks on keyboards, Mike Rutherford and Anthony Phillips on guitars, but without a fixed drummer, something rather uncommon for a rock band in those times.

And indeed their first two albums From Genesis to Revelation and Trespass, will see two different drummers – John Silver and John Mayhew, respectively. 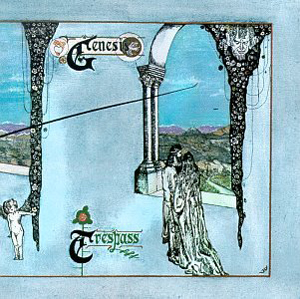 Both albums are interesting and quite atypical for the period, echoing strange and complex melodies with cryptic lyrics often referring to biblical, mythical and literary subjects.

All this, together with the unusual vocal timbre and theatrical whimsicality of Peter Gabriel, the incredible agility of Phillips and Rutherford on anything having strings on it – whether it is a medieval lute or a double-neck electrical 6-&-12 strings guitar – made both albums something unheard of.

The formation will stabilize soon after the release of Trespass.

Anthony Phillips will leave, to pursue a pretty decent solo career and will be replaced by the skilled and incredibly polished Steve Hackett.

The group will finally find their drummer as well, the exceptionally gifted Phil Collins.

It is in this setting that Genesis will raise to the glory of their best years: the 70’s.

This incredibly versatile vocalist with his air between troubadour and glamorous king’s fool is the driving force, the point of unity and gravity center for all the incredibly technically skilled members of Genesis.

Nursery Cryme is the result of a spectacular effort of synthesis.

The whole LP is technically almost as unitary as a suite.

Nevertheless, the episodes stand out in their own right and even the more humble of the tracks, like Harold the Barrel, can boast an exceptionally polished and impeccable partition. 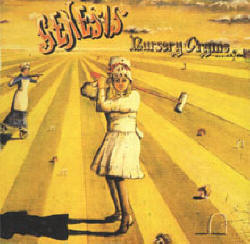 The intention and setting is again the same, full of medieval images, myths, legends and imaginary personages between dream and nightmare.

Though the arrangements are suspended in a sort of rarefaction – more than in the previous works – the final effect is kaleidoscopic and still incredibly unitary and reveals an almost alien sensitivity which the listeners were not used to find anywhere at the time.

They might perhaps move between Yes at their best and the first King Crimson, but their use of intricate musical phrases is more accurate and the final products is so rich and that it almost reaches a symphonic quality, or becomes almost baroque in its complexity.

Their next Foxtrot is even more polished.

On one hand the group’s medievalism is tempered by tracks like Get them out by Friday, anticipating by almost 10 years all future references to George Orwell’s 1984. 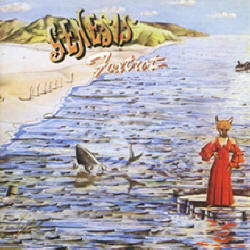 On the other hand, tracks like Time Table are in the purest style of Genesis medievalism.

However, the summa will be reached with the semi-suite of Supper’s Ready, expanding the classical cello and harpsichord parts into highly rhythmic progressions, to culminate in the almost bombastic and sophisticated epic finale á la Genesis.

The sound is, by now, not revolutionary anymore. It has become a musical standard that many other bands will try to emulate (fortunately, almost none will succeed).

Selling England by the Pound is a perfect example of this new mannerism, though technically splendid and musically still very enjoyable.

Firth of Fifth will be the track that they will infallibly play at each of their live concerts because it leaves each player free to improvise at will and to show off his technical skills.

The music is so technically intricate that it is a pleasure as such to listen to, though the earlier freshness and impact are lost. 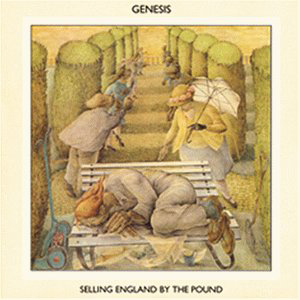 While The Battle of the Epping Forest is funny and can steal a smile or two with its sexually tinted ambiguities, the full product does not entirely convince.

Nonetheless it stays at very high levels of musical contamination between rock, folk, psychedelic and replacing King Crimson’s jazz-rock with the virtuous classicism of Tony Banks, practically inventing a new form of pop-song.

Their last true effort would be the making of the symphonic pop/rock opera The Lamb lies down on Broadway.

As such, not their worse product, but it fails to get to the point. 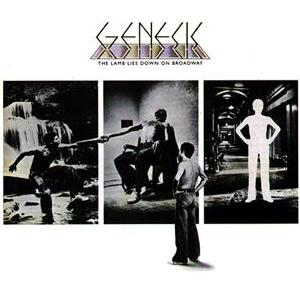 If we compare it with the “true” rock operas of that period, like The Who’s Tommy and Quadrophenia, we must conclude that they have somehow failed.

On the other hand, their music has now almost completely loosened itself from the rock matrices and moves in a space of its own.

Peter Gabriel is still the genius behind the scenes and the adventures of the main personage – Rael – are captivating, sometimes gruesome and always fascinating, spacing from the avant-garde touch of the illustrious Brian Eno in The waiting room, back to the mythical bestiary of The Lamia, the psychedelic Fly on a windshield, to the brutal Lillywhite Lilith.

Not a bad exercise at all, but none too convincing either.

After this, Peter Gabriel will leave Genesis in order to pursue what will be a very successful solo career. He leaves the scepter into Phil Collins’ hands, who had already demonstrated to have exceptional vocal qualities, not yet spoiled by Gabriel’s bombastic histrionics. 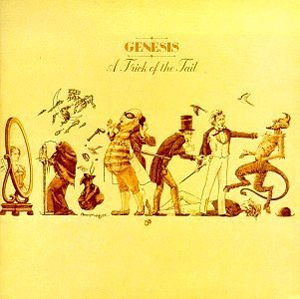 This is the period during which almost all remaining Genesis members will also start parallel solo careers, with more or less success.

The albums A trick of the tail and Wind and wuthering are not totally bad. The music has freshened up a bit – perhaps because the band has lost Gabriel’s firm dictatorship – but they are not very good either… 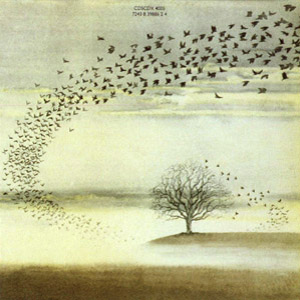 When eventually also Steve Hackett leaves Genesis, the band will celebrate the happening with a new LP bearing the explicit title And then there were three. 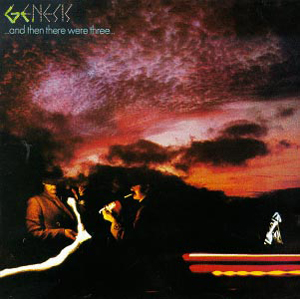 One banal song follows the other, but the star of Phil Collins as a vocalist is rising very fast.

His solo albums will be more and more successful and this will bring some popularity to Genesis as well, if only by reflex.

However, while Collins will be able to create the jazz-rock group Brand-x and bring it to more than decent levels, Genesis will continue its dubious course into the easy-listening charts.

After The Lamb lies down on Broadway, Genesis should have ceased to exist – under that specific name at least – and that would have been for the best…

Any sufficiently advanced technology is indistinguishable from magic.