hey are impeccable executors and absolute masters of the poly-instrumentalism.

The rest is a matter of taste.

As executors of the most perfect mosaics of neo-classic and neo-romantic rock music, they are untouchable, but when it comes down to creativity… well, you may better look somewhere else.

Nonetheless, their music is highly enjoyable, complex, extrovert and perfect, though perhaps too perfect.

Their creativity, on the other hand, is the real limiting factor, especially when we take a look at their production after their first four albums.

There will be 12 “official” albums, then the oblivion (during most part of the 80’s), after which they will be “rediscovered” (in the first half of the 90’s) and will make something like 16 more albums, 26 compilations, 23 bootlegs, 3 tribute and 25 sampler albums (horresco cogitans).

Quite a huge production for a band that could have stopped playing after album number four…. but we should not dispute taste. 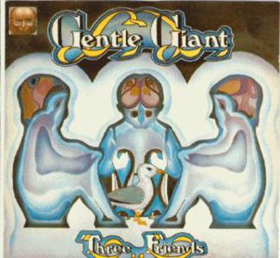 They made their first appearance with the homonymous Gentle Giant in 1970.

The album is very entertaining, with some deep rooted rock, soul and blues matrix very present and well recognizable.

However, the musical form is much more complex and is already bearing the typical Gentle Giant trade mark.

These musicians play all kind of instruments and the music’s intrinsic complexity requires a lot of them playing at the same time.

This ensemble is backed up by Paul Cosh (tenor horn) and Claire Deniz (cello).

The music is quite unusual and surprising for that time.

Though not yet fully developed into the final form, it moves outside the normal rock metrics and uses several patterns – both vocal and instrumental – merging together or just used as counterpoint of each other. 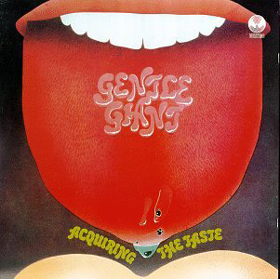 Their second Acquiring the taste, is actually the first album to reach a higher level of structured dissonances and rhythms which recall in a way some intricate medieval compositions and in some other, the complexity of the minimalist and dodecaphonic musical experimentation, which will make the band’s characteristic sound highly recognizable and somehow unique (and once again, here we get undeniable proof that being unique doesn’t automatically bring success).

Also in this second work, the same large basic ensemble is backed up with additional players, like Paul Cosh (trumpet and organ) and Tony Visconti (recorder, bass drum and triangle).

On the cover notes, it can be read:

“It is our goal to expand the frontiers of contemporary music at the risk of being very unpopular. We have recorded each composition with the one thought – that it should be unique, adventurous and fascinating. It has taken every shred of our combined musical and technical knowledge to achieve this”

This is a quite true self-evaluation and indeed they have probably given already all of what they had.

No more, no less.

The idea for this album is quite nice. 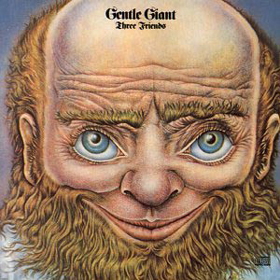 Three school friends meet after several years and try to understand how their lives diverged so much from the one they shared during their schooldays.

This makes the album nicely diverse and surprising, but despite the excellent rock riffs, the vocal mosaics and the almost perfect title track, it misses some freshness and leaves a puzzling sense of déjà-vu.

Here again the drummer has left (why is almost every band having troubles with drummers?).

On this one, John Weathers plays drums, percussion and xylophone. 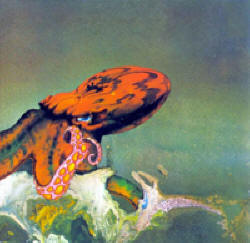 The music is harder and even more polished and refined, but we miss the almost symphonic quality of the previous products.

From this moment on, the music has lost the patina.

Its original brilliance is reduced to a vague blinking of things memorized and repeated over and over – with excellent professionalism it must be said, but still.

After Octopus, an almost endless series of repetitions will follow, all 8 of them somehow enjoyable and nice, but nothing more than a nice picture to hang on the wall, which fails to attract the eye after just a few days.

Some good ideas, brilliant techniques but dubious innovative musical concepts, make that a sterile product that ceases to fascinate if repeated for too many times without moving forward with the exploration.