his quite anomalous group formed in 1967 when the brothers Peter and Michael Giles published an ad in a local Bournemouth paper, looking for a singing keyboard player.

The ad was answered by Robert Fripp, who could not play the keyboard nor sing very well. This was apparently not a problem, as he was hired on the spot and the new formed trio moved in a house in North-West London, where they started to make one demo tape after the other, which eventually attracted the attention of the newly created Deram division of Decca. 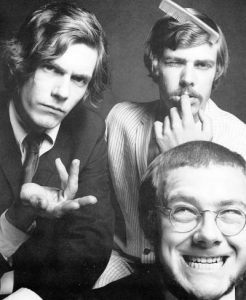 The album, though not bad in its concept and execution, was not commercially successful, though commercial success was not exactly what the trio main goal had been.

With its 19 tracks, the whole product seems to be more a kind of super-demo product, where the band sets out to explore what they are actually in state to produce, what they may like best, and so on. As also the title says, the cheerful insanity is rather thoroughly explored, but between the histrionics, we can hear some of the promises that will be made true later on, by King Crimson. 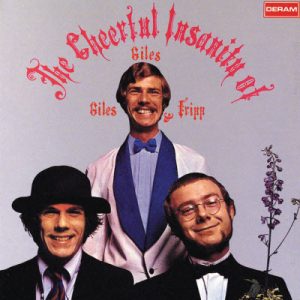 Soon after the release of that album, Ian McDonald (saxophone, flute, clarinet) joins the formation, together with vocalist Judy Dyble and quite a few tracks are re-dubbed by the two new members, some are completely re-written.

While they continued to record materials, these would never made it to a new LP, though they will later be collected and released in 2001 under the name The Brondesbury Tapes (named after the road where their communal house was). 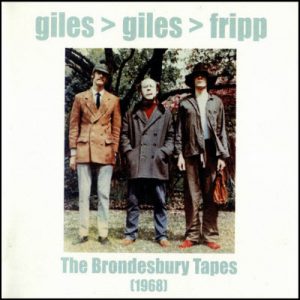 Dyble will leave after a short period, and after some gigs, a BBC radio appearance and a couple of concerts, also Peter Giles will leave.

It’s at this point that Robert Fripp takes the helm over and steers Michael Giles and Ian McDonald into a new adventure that is going to be called King Crimson, hiring along the way bassist Greg Lake and songwriter Peter Sinfield.

The rest is history…