ilgamesh is 100% pure and undiluted Canterbury in one of its many and kaleidoscopic manifestations.

It never reached the full maturity of a Caravan, Hatfield and the North or National Health, but its short and intense history ought to be mentioned and celebrated together with that of those distinguished names of the most complete and interesting musical phenomenon of the last 60 years.

Gilgamesh is born around keyboardist Alan Gowen and drummer Mike Travis around the year 1972, as an idea, a project still to be given form to, soon to be joined by guitarist Rick Morcombe. Soon after, the Gowen-Travis-Morcombe trio was joined by bassist Jeff Clyne and saxophonist Alan Wakeman. 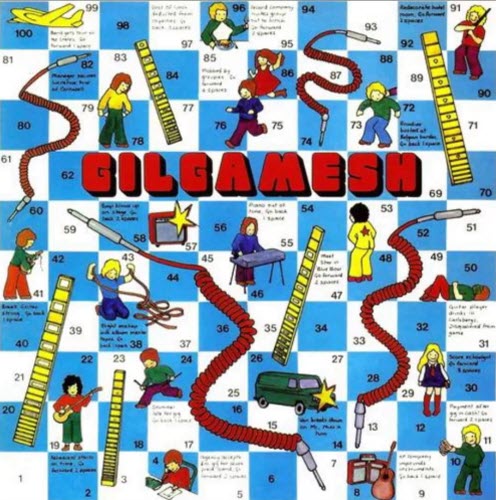 Gilgamesh’s form of “ongoing project” was maintained and indeed, during the 2-3 years before the publications of the first studio album, the formation saw a coming and going of members and assets.

For example, Clyne was replaced by Richard Sinclair (the famous Caravan’s Basso Excelsior), then the whole formation was reshuffled and still lined up Gowen and Travis, this time joined by Phil Lee on guitar and Neil Murray on bass, which was the base formation for the live performances during 1973.

After Steve Cook replaced Murray on bass, and one more keyboardist was invited, Peter Lemer, the formation reshuffled once again and finally in 1975 their debut studio album, the eponymous Gilgamesh, saw the light with Alan Gowen (acoustic & electric pianos, clavinet, synth, Mellotron), Phil Lee (electric, classic, acoustic & 12-string guitars), Jeff Clyne (bass, double bass) and Michael Travis (drums, percussion). supported by the delightful voice of Amanda Parsons and an exceptional co-producer: Dave Stewart (who was playing at the time with Hatfield and The North). 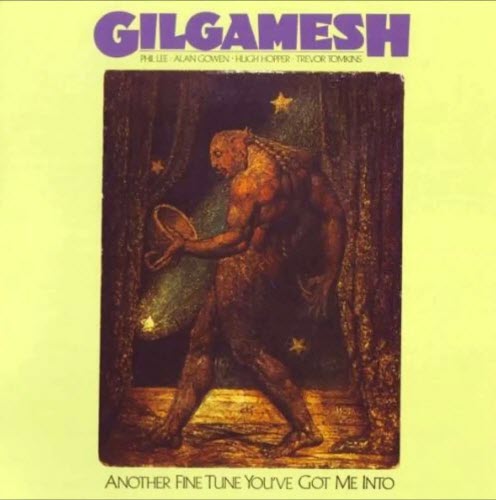 The album breathes Canterbury from begin to end, though there is no sense of imitation towards more seasoned formations like Hatfield and the North, despite the more than recognizable parts sung by Amanda Parsons, who lends an undeniable “Northettes feeling” to those tracks. Gilgamesh succeeds in remaining fresh, though clever and complex in its textures and the constructions of the almost-suite tracks.

Gowen had wished Stewart to join Gilgamesh on a more stable base, but Stewart was hesitant about being in two bands simultaneously. However, once Hatfield and the North disbanded in 1975, Stewart joined Gilgamesh as auxiliary member. At the same time, Gowen and Stewart started a spin-off collaboration, that will eventually lead to the formation of the wonderful National Health, other bejeweled manifestation of high Canterbury lineage.

After leaving National Health, in 1977 Gowen reformed Gilgamesh under an uncertain form and purpose with Murray, Lee and drummer Trevor Tomkins, putting together new tracks during different ad-hoc rehearsals. 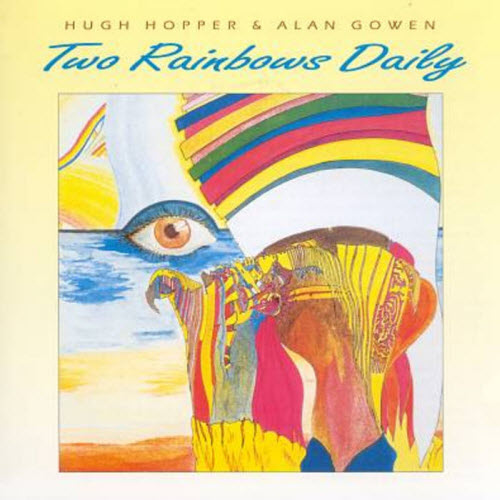 In this occasion, a second album will see the light, in 1978, under the title Another fine tune you’ve got me into, which saw Gowen, Lee, Tomkins and bassist Hugh Hopper (!) in optima forma.

Later on, Gowen and Hopper teamed up to record the excellent album Two rainbows daily, where the accent will lay more on the white British jazz components, but never denying the deeply rooted Canterbury origins of both musicians.

However, Gilgamesh’s future was suddenly cut short when Alan Gowen tragically died of leukemia, in 1981, just one year after his wonderful team effort with Hopper.

Gilgamesh could not have continued without its engine and inspirator and therefore it is right for this beautiful story to end here.

The problem with troubleshooting is that trouble shoots back.