ne of the most long-lasting formations of the British Progressive-rock (or maybe even Canterbury-ish) scene, of which actually only the beginnings are really worth mentioning.

Daevid Allen, the shy Australian wanderer, was “discovered” by the critics only after he moved to the Virgin label (once again, Critics: 0 – Rest of the Universe: 1). Before that, not a single word about him, except some vague notion that he had already published a record (Magick Brother, Mystic Sister) and that he had joined Soft Machine at their very first steps. 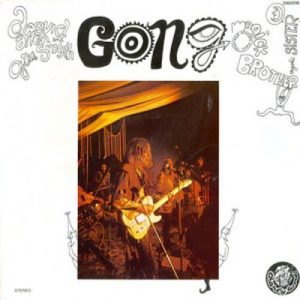 Canterbury (and the company of singer Gilli Smyth) will give Daevid all the ideas he needs, and will be the fertile substrate for his musical growth.

The parenthesis with Soft Machine will be very brief. It is rumored that Daevid (just like Kevin Ayers) will never get used to the sharp philosophical rationality of Mike Ratledge’s approach to creative music and therefore leave the band. On the other hand, Mike Ratledge was pulled out of his rationalistic intellectualism, though even for a short while, by Allen and Ayers, starting to eat bananas and singing impish choirs with both of them, which I think could have unlocked quite a good part of his later volcanic creativity. 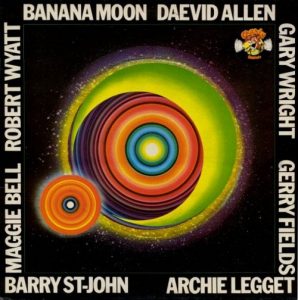 Nevertheless, Soft Machine’s music will take a path that Daevid Allen could never follow. This all became clear in Saint Tropez, where Daevid will be momentarily engulfed in the total psychedelic experience of Mark Boyle’s Sensual Laboratory, a kind of total audio-visual performance act, something that only years later Hawkwind will try to emulate, without much success. 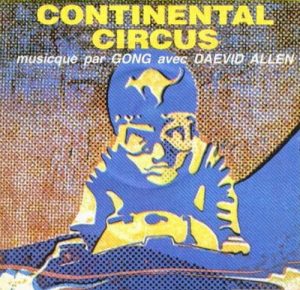 It’s this 1966-67 French experience that will form Daevid Allen’s music, though he will disappear from the musical scene, withdrawing in a sort of spiritual retreat together with singer Gilli Smyth, until 1969, when his acid-fueled genius creates Magick Brother, Mystic Sister, a music quite difficult to grasp, expanded but not entirely accessible, like only Daevid can compose. 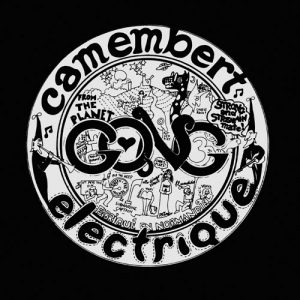 Immediately after, in 1971, he records Banana Moon, with Robert Wyatt on the guitar, Archie Legget on bass, Gerry Fields on violin, Barry St. John and Maggie Bell as backing vocals. Wyatt and Allen don’t seem to give a rat’s ass about well-constructed tracks, roaming into space and then going underground, while the lyrics are iconoclastic and spurting from acid experiences without restrictions of time and space. The impact is exceptional and the music is true and strong and it’s here that we can clearly sense the beginning magic of Gong. 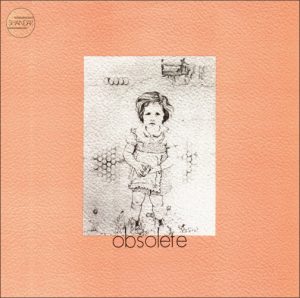 Continental Circus (1971) seems to take a different path, but the following Camembert Electrique (1971) will go back to the psychedelic and acid experience and will moreover benefit from the incredibly fluid and creative touch of the splendid guitarist Steve Hillage.

One more short divergence with Obsolete, a project started by Dashiell Hedayat and never concluded, where Allen will participate together with Gilli Smyth, Pip Pyle, William Borroughs and “Bloomdido” Didier Malherbe. 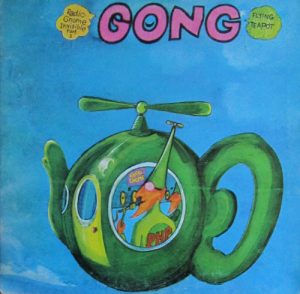 But Daevid is soon back in order to set up the incredible, mytical trilogy, under the Gong name, called Radio Gnome Invisible, that will be recorded between 1973 and 1974, producing what will be probably the three best Gong albums ever and a shining example of psychedelic, progressive rock that no other formation will ever be able to emulate.

The three parts are Flying Teapot, Angel’s Egg and You and describe the incredible adventures of Zero the Hero, the Good Witch Yoni, the Octave Doctors and the Pot Head Pixies from the Planet Gong, flying around space in teapots. 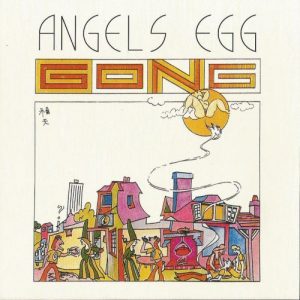 The three albums are a collective all-encompassing psychedelic trip annex musical poem. Progressive and psychedelic rock will never be more complete or go further than this. Ever.

Many, many more albums will follow, Daevid Allen and Gilli Smyth will leave Gong, former drummer Pierre Moerlen will take the band over, Daevid will create several spin-offs (Gongmaison and Acid Mother’s Gong, just to name two) and so on. 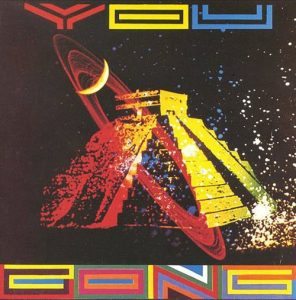 Personally, Gong finally left for outer space searching for the inner self towards the path to enlightenment, on the last notes of You never blow your trip forever (the last track of the You album).