ot an exceptional formation, especially when compared to all the other bands populating the British rock scene at the end of the 60s, but nonetheless valid owners of a good and robust sound which deserves some interest. 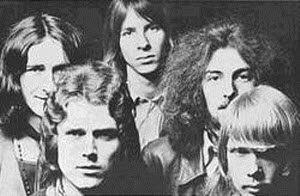 Gracious! showcases an eclectic collection of instruments, from mellotron, to harpsichord, to tympani and in all honesty, they move in the more or less static stream of those bands with pseudo classical influences and atmospheres.

On the other hand, their musical roots can also be found in the British Blues, with a touch of Cream here and there.

Their first recording feat was destined never to be heard on record, until 1994 (!), when those forgotten tapes were dug up from under tons of rubbish at the Renaissance Studios and collected with other tracks in a mixed bag entitled Renaissance Buried Treasures. 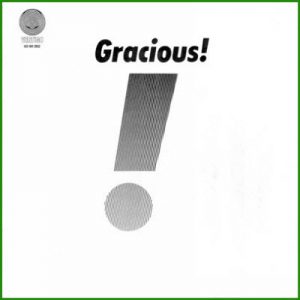 Their more known career as Gracious! (where the exclamation mark was added later, at the time of the publication of their first eponymous album in 1970) will begin after a gig as support group for none less than King Crimson in 1969, after which they played in Germany and once back to Britain, they toured quite extensively, until they were offered the chance to record what will be their real debut album: Gracious! (1970).

The album is very diverse and still tightly following the traditional mix of psychedelia and classical music that has so much influenced many formations of that period, but it succeeds in transcending the rather boring classical matrix by adding real genial spikes and diversions, though this fragmentation may not have contributed to preserve the unity of the album as a whole.

The five rather long tracks move between moods and styles creating a fragmented and yet interesting amalgamation of rhythms and metrics.

Their second This is… Gracious!! (1972) is nowhere at the same level of the previous one. The formation is already fighting about almost everything, the leadership, the compositions, money and whatnot. 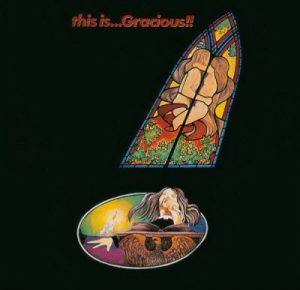 This is a sure sign of the band’s decadence and sudden lack of capacity to stay afloat or to regroup and fight back after the very disappointing selling figures.

As many others, they will disband, little by little, while actually being unable to produce anything even remotely musically decent.

Better to close the book, keep only the first album into consideration and live on with the knowledge that they have produced some quite interesting, though short-lived, music.

The rest is superfluous and can be forgotten, or at least ignored…

There is always music amongst the trees in the garden, but our hearts must be very quiet to hear it.