beautiful touch of English Renaissance in Rock-land from a band that started their adventurous journey in rock-land in the early months of the year 1972.

The musical panorama of the time was not the most welcoming place for those musicians wanting to integrate Renaissance influences into it (which was almost invariably seen as a corruption instead of a positive contamination).

The acid freaks were all over the place and probably no-one was waiting (or perhaps not ready?) for a band with such strong roots into the ancient English music. 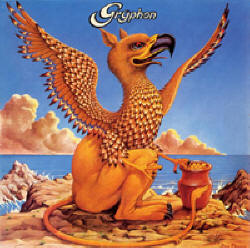 Once again, the Royal College of Music is the cradle of something new and unexpected.

Though the original member founders, Richard Harvey and Brian Gullard, were following purely classical classes, they were both interested in other fields within the music traditions.

Richard had a fascination for medieval music, while Brian had a strong interest in a wider range of styles, from Church music to contemporary folk and progressive rock.

Perhaps it is just because of this diversity of interests and influences that they teamed up with guitarist Graeme Taylor, who had his main interest focused on folk and jazz.

For a short while they played in simulated medieval eating houses – a fashion which now is rather accepted, but which must have seemed quite snobby at the time.

With rock drummer David Oberle joining them, Gryphon was an established fact. 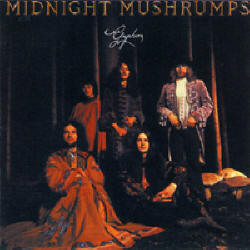 They started a series of concerts in many very different places.

Their audiences were also very different in composition and tastes and Gryphon seemed to appeal to them all.

They helped spreading their musical message by playing virtually everywhere: in folk clubs, rock concerts, formal recitals, cathedrals, prisons, universities, schools and museums – Victoria Museum and Albert Museum among the most famous – playing for young people and lecturing the spectators on the making, reasons and origins of their music.

This made them quite well known and appreciated in many different musical circles.

Their music is interesting because they are not pretentious and do not escape into endless stuffy academic introversions on style and metrics, but really and honestly try (and succeed) to intertwine completely different musical traditions.

They keep an open mind (and so should the listeners, was that only as a token of respect) about what they love to play and what is being played by their contemporaries.

Their mixture of ancient music and rock is refreshing, as long as people enjoy and appreciate the wide range of styles that the band puts in the fusion. 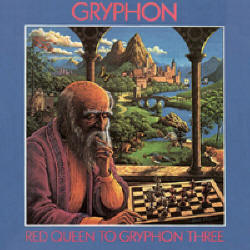 In that way they are innovative and deserve a righteous place among other innovators and contaminators of the 70’s, like, for example, Gentle Giant and Anthony Phillips.

Gryphon has succeeded – in my opinion – in breaking down some of the more than firmly rooted barriers between different musical forms and rigorous categorization of musical styles.

Though they are still alive and kicking, their most interesting production can be summarized by their first three albums, Gryphon (1973), Midnight Mushrumps (1974) and Red Queen to Gryphon Three (1974 again).

The software isn’t finished until the last user is dead.