hey are absolutely among the least mentioned names of the Rock history, but forgetting them at all would be a damn shame.

The name is quite explicit and so is their music.

They move their first steps about the London of 1966, on a completely different field, namely that of the graphical design.

The team formed by Michael English and Nigel Waymouth had designed, among other things, several covers and sleeves for bands as famous as Cream.

Only later on, they were joined by Guy Stevens, the only one having a general musical experience (Stevens will later manage the successful Procol Harum and Mott the Hoople).

By knowing that they equally divided their time and attention between musical and drugs experimentation, it is almost impossible to think how they could compress their live performances into the restrictive boundaries of pressed vinyl.

Their live tracks were usually lasting more than one hour apiece and it’s a miracle that they ever succeeded in putting them onto LP. 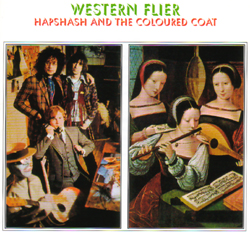 The first version of their debut album was released on red vinyl (in those times almost as shocking as would be Wendy O. Williams and her naked appearances on stage with Plasmatics during the 80’s).

The music could barely be restrained into the physical limits of the medium, suffering from the lack of space.

However, it succeeded in opening the eyes, ears and minds of many listeners.

Even in the restrictive confines of the LP, the notes soar all over and do not fail to hit the target.

The 2 suites confront the listener with a music which, at the time, could be defined at the very least as unusual and challenging.

Many agree that it could be seen as the first example of LSD trip opera.

After a long period of silence – during which both Stevens and English left the team – Waymouth decides to make a new LP, together with his new art partner Michael Mayhew (backup guitars) and songwriter Mike Batt (on piano and accordion).

They form the band’s core and will attract some very famous names (Tony McPhee of the Groundhogs, on lead guitar) together with less famous ones (Michael Ramsden on vocals, Andy Renton on drums, Andy Tripp on string bass and Freddie Ballerini on violin).

In this second LP, Western Flier, the sounds become more calculated, perhaps a trifle subdued, while the music is cut into smaller pieces, maybe to put it into a form that can be better digested by the minds of the contemporary hippies, who had lost their ways and were already walking on red carpets. 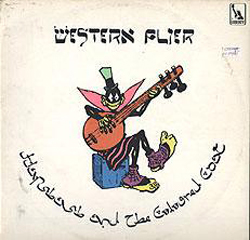 Some scratching, aggressive tracks, like Blue Narcissus, The Wall, a bit of pomade here and there, then Fare you well, Big Bo Peep and then the splendid “quasi-cajun mardi-gras” track Colinda, form all together a very interesting – almost high-spirited and barely in tune – collection of old folk-rock and blues pieces, dressed up in a new jacket of modern rock guitars, feedback, phasing and so on.

The effect is interesting, explosive and absolutely genuine, but it was not enough to sell sufficient numbers of copies, apparently…

Another beautiful story destined to end abruptly into oblivion.

They were not granted a third chance.

Soon after, they all disperse. Some went back to their old art and design professions, while some other ended up in the madhouse (literally). Some other perhaps just bought a house, got married, had children, took a dog and started a new career at the local supermarket.

Nonetheless, they deserve to be remembered and to be mentioned in one breath with other – perhaps more famous – names of that psychedelic, kaleidoscopic musical era.