erhaps the most atypical and certainly most extreme Canterbury formation.

Their first steps – begin 70’s – took place in the London of the Socialist festivals and other alternative and underground circuits, as well as the legendary Glastonbury Festival.

Their music is not immediately comprehensible and is full of diatonal structures and openings towards the most extreme forms of the British Jazz.

Their compositions search the corners and the limits of rock, blues and jazz, ending in a kaleidoscope of thousand harmonies and dissonances that amaze but also disconcert.

Their musical quest could be defined as being more “German” than “British”, meaning that Henry Cow seems to move their musical search more in the symphonic and dodecaphonic traditions of the German avant-garde, than in the more easily available pool of rock metrics and history so solidly grounded on British soil.

But there is still a thin thread that still ties them to Britain: their Canterbury heritage, which is perhaps only a common starting point and possibly a distant point of reference.

As for the rest, they are pure avant-garde and from the beginning they try to break though the constraints of the known logical musical constructions.

Starting as a duo with poly-instrumentalist Fred Frith (guitars and whatnot) and fellow-student Tim Hodgkinson (clarinet, bass-clarinet and whatnot), Henry Cow soon feels the necessity to expand the exploration to new musical pathways.

This led in an expansion of their staff, when Andy Powell (bass), Dave Atwood (drums) and Rob Brooks (guitar) joined.

Nevertheless, the formation was more fluid, as it always has been the case in the best Canterbury tradition: John Greaves (bass) joined in and Henry Cow changed under way something like three or four drummers (what’s the matter with drummers anyway…?), when eventually the eclectic Chris Cutler joins them.

At this point – we are between 1971 and 1972 – the group is a rather steady quartet with Frith, Hodgkinson, Cutler and Greaves. 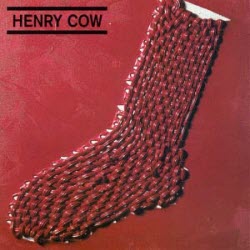 During a series of concerts in London, they were joined by big names of the established improvised music, like Lol Coxhill, Ivor Cutler, Derek Bailey and Ron Geesin. Their influence will be a booster in the new direction that Henry Cow is yearning to take and gives them the attention of critics and label companies.

Their first album Legend, clearly shows the group’s ties with Canterbury and its heritage all along the tracks. It also contains what can be considered Henry Cow’s first open political statement, where all the players will sing in the track Nine Funerals of the Citizen King. This is only the starting point, as Henry Cow will be known all over Europe for its political and social involvement. 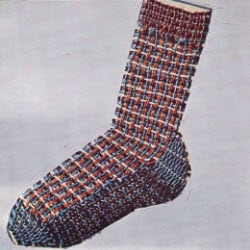 Soon after Legend, their musical research brings them more and more outside the rock and jazz field and brings in new instruments and tones. It is at this point that Lindsay Cooper (bassoon, oboe) will become a permanent member.

Legend moves from the more rarefied atmospheres of the initial tracks to obscure and dissonant transformations in the remaining ones, where the melodic thread is left aside for more intense and daring experiments.

Immediately after that, Henry Cow will join hands with the trio Slapp Happy – Peter Blegvad (guitar), Dagmar Krause (vocals) and Anthony Moore (keyboards) – to record their next album Unrest. 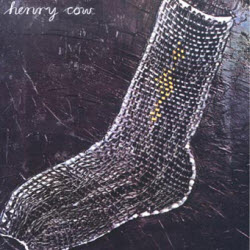 After a few more changes, the two formations will join permanently and will be briefly blessed by the august presence of Robert Wyatt during their concerts.

This will eventually (1975) result in the excellent album In Praise of Learning, where the music is more and more accessory of the political message it wants to bring and the echo of revolution that will be Henry Cow’s trade mark for the years to come. 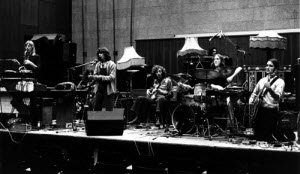 At this point they will start an intensive and almost uninterrupted tour of Western Europe that will last two years.

By now, the music of Henry Cow has developed into something challenging, completely deprived of compromises and deeply rooted in the political message of the rising Socialist and Communist movements that had been developing in Western Europe. Some have accused them to deliberately make their music inaccessible, but looking at it in the political context, it all starts to make sense.

The critic may be true – up to a certain point – but Henry Cow has chosen for the experimentation path and we all know that this is not the easiest path when being a spectator.

They will stay in Europe for more than two years – mostly in Italy – and will not be back to Britain until late 1977-1978, when their last album, Western Culture, will come out.

At this point, Henry Cow will cease to exist as official formation. Virgin had already withdrawn the contract the year before, mainly because their music had never been commercial enough to guarantee profits for both Label and musicians, while the group’s political beliefs were too strong to allow compromises. 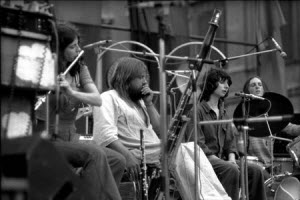 Once back to Britain, after almost three years, Henry Cow will organize what will be known as “Rock In Opposition”, for which they invited four European groups: Stormy Six (Italy), Samla Mammas Manna (Sweden), Universe Zero (Belgium) and Etron Fou Leloublan (France).

Henry Cow may not make the easiest music to listen to, but they are for certain a shiny example of uncompromising musicians who are trying to live a political ideal and strive put it into practice in all they do, play, think and say.

And for that, they deserve our recognition and gratitude.