Jorma Kaukonen (guitar) and Jack Casady (bass) decide in 1970 to leave the now declining star of Jefferson Airplane to form a group of their own, together with Will Scarlett (mouth harp).

They play almost everywhere in and around Berkley.

Their music is blues… Pure and uncompromising blues.

And they are good at it… Very good. 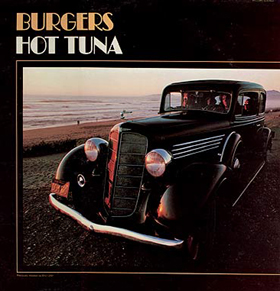 This touring around, will result in a live acoustic record: Hot Tuna, where the music goes back to the roots and is immediate and sincere, with many arrangements of old traditionals here and there, plus two original songs by Kaukonen self.

Remarkable among the re-arrangements, are Death don’t have no mercy, by the reverend Gary Davis – also proposed in another famous re-arrangement by Grateful Dead – and the exquisite Don’t you leave me here by Jelly Roll Morton.

This record is a real jewel of Blues interlaced with the fermenting atmosphere of the West Coast and San Francisco Bay Area of the 60’s.

The trio becomes a quintet when Papa John Creach (violin) and Sammy Piazza (drums) join in. 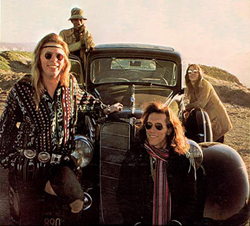 More electrical instruments – including Creach’s violin – will take over, and tracks like Keep your lamps trimmed and burning and Come back baby, leave a lot of space to improvisation without decaying to the abominable “speed games” among players that will characterize many formations of that period with technically good musicians having very little to say.

In 1972 a new album, Burgers, comes to life, where the track Water Song will become almost immediately a myth and legend in all the West Coast music, while David Crosby elaborates the vocal lines of Highway Song and Will Scarlett leaves Hot Tuna. 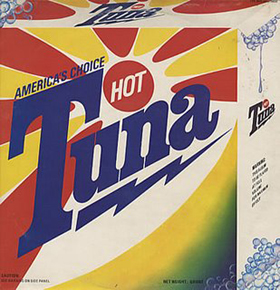 In 1973 Kaukonen will start his project for a solo album, but will not be able to find the final inspiration to elaborate it.

Papa John Creach leaves also Hot Tuna to pursue a solo career with his own formation (without much success, it must be said).

Jorma elaborates a new “electric” sound and the album The Phosphorescent Rat sees the light with re-elaboration of old tracks and new ones.

While the album is barely more than decent, Kaukonen doesn’t succeed in keeping the band’s nucleus together and also Sammy Piazza leaves.

Now alone, Kaukonen and Casady are able to avoid a “revival” tour with the mummified Jefferson Airplane. Now joined by a new drummer, the album America’s Choice is out. 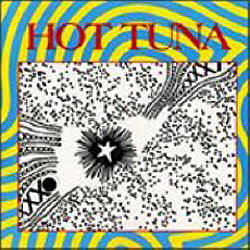 Harder country-blues echoes all over. The product is not bad and episodes like Yellow fever will give a good start to the New California music.

Jorma Kaukonen’s long awaited solo album also sees the light: Quah. The album is mostly acoustic and very interesting, but it moves within the limited atmosphere of the country-blues that will lose much of its trail of listeners.

Pity, because Kaukonen is a good musician and has still a great creative potential.