ery valid psychedelic rock band from the hard site of the West Coast.

Their musical apex will be in the late 60’s and that is what should be only remembered. One more example of successful bands trying to remain on the top of the waves for years, making one musical horror after the other, only in the hope to equal those past successes. 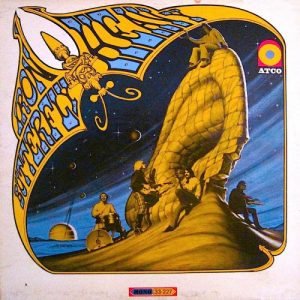 They get into the spotlights with their first Heavy in 1968 featuring a slightly different formation, with Doug Ingle (organs, vocals), Jerry Penrod (bass), Darryl DeLoach (vocals), Danny Weis (guitars) and Ron Bushy (drums). Inexplicably, Penrod, DeLoach and Weis left the band as soon as the album was completed. Heavy is clearly a debut album, without any major hits, but the music is interesting and the band succeeds to amalgamate the psychedelic matrix with a fair amount of blues with a promise for more to come. 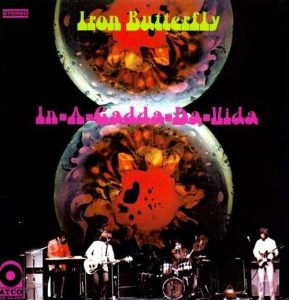 Immediately after, this time with the classic lineup Ingle-Braunn-Bushy-Dorman, the iconic In-a-Gadda-da-Vida sees the light (1968) and Iron Butterfly becomes a legend.

Loved and hated by its contemporaries and all coming generations, In-a-Gadda-da-Vida reached immediately the top-10 positions of quite a few charts and the eponymous track, lasting amply 17 minutes, will become a signature track for practically the whole hard psychedelic rock music stream, a piece of music that probably everyone in the western hemisphere has heard at least 10 times. 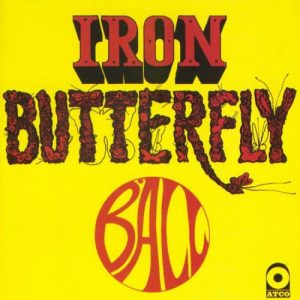 The rest of the album is not genial, but has a couple of good tracks that, however, fail to tickle the interest like the main title track.

Nevertheless, Iron Butterfly becomes one of the legends of the 60s and 70s rock music, selling millions of copies (In-a-Gadda-da-Vida reached platinum status already in 1976). 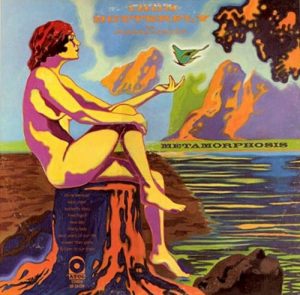 In 1969 the band’s third album, Ball, sees the light. Despite the achieved popularity of the previous albums, in Ball the band tries a complete musical change, proposing more melodic elements to smoothen the hard edges of their signature psychedelic sound. The result leaves a vague dissatisfaction behind. There are certainly some good moments, but the whole is colorless and it’s suspended between easy pop song and bad James Bond movie soundtrack. 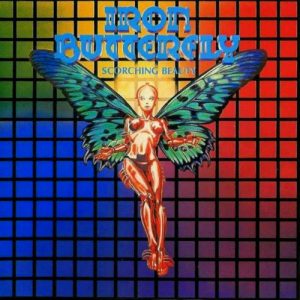 The fourth Metamorphosis (1970) seems to go back to the hard psychedelic matrix and is a sharp, kaleidoscopic album, very much accessible and enjoyable. Episodes like Butterfly blue transcend the bad memories of any track in the previous album.

The music is again crystal clear and dark at the same time, the arrangements are sharp and the band members are once again playing together, literally. 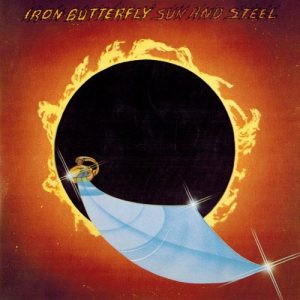 Better to stop here and never listen to the two subsequent Scorching Beauty and Sun and Steel. They can be easily ignored as being a dreadful return to the easy-heavy of Ball. Nothing interesting to be found in there. Just ignore and imagine Iron Butterfly died suddenly and happily on the scene while playing their best version of In-a-Gadda-da-Vida.

Probably useless NOTE: Iron Butterfly will continue to tour until the present day, but that has nothing to do with the great band discussed above.

The Internet is the Petri dish of humanity. We can’t control what grows in it, but we don’t have to watch either.