ractically unknown performers of two interesting and enjoyable albums that are very difficult to classify.

It all started when Noy decided to split from an 11-people soul band, in order to write and perform his own music, under the influence of the emerging underground music and British folk traditions. 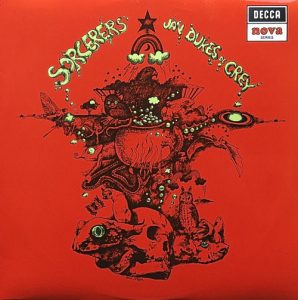 Soon after he was joined by Bairstow, who had actually wanted to apply for a position in the soul band Noy was still playing with. Instead of that, the two teamed up to perform all the pieces that Noy had written in the meantime, which were bundled by Decca/Nova into the 18-tracks long Sorcerers album.

The album is quite simple and immediate. Noy’s compositions may lack some refinement in their arrangements, but they shine in simplicity and gentleness.

After some gigs, Noy’s compositions begin to evolve and to get more complex and complete, echoing the turmoil that was stirring the underground scene.

Drummer Denis Conlan joined the band and this coincides also with Noy’s music getting more and more experimental, improvisational and complex. As a result, the public’s positive reactions to their acts won them a couple of opening acts for famous bands like Pink Floyd and The Who.

A new contract made possible for Jan Dukes de Grey to record their second (and also last) album: Mice and rats in the loft (1971). 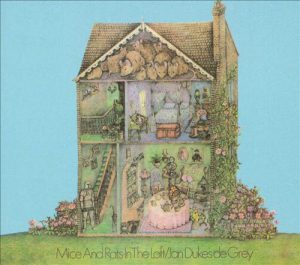 The once hyper-fragmented tracks expand on the new album into three long semi-suites. The music also becomes more mature and takes quite often the path of improvisation with sometimes acid and manic constructions.

Despite the public’s interest, the sales of both albums remain rather disappointing. Performers will join the band, others will leave and eventually Jan Dukes de Grey will transform into what will live on as Noy’s Band, which will survive by playing gigs in Europe and outside but will never produce an album under that name.

Eventually, also Noy’s Band will disappear from the musical scene. The name Jan Dukes de Grey will be almost completely forgotten, until an independent label will remaster and bring out (in 2009) both albums as a bundled CD with two Noy’s Band bonus tracks.

The primary function of the design engineer is to make things difficult for the fabricator and impossible for the service engineer.