oseph Byrd would have said, during an interview: “(Brass) Bands remind me of Donald Duck’s cartoons… The 20’s? How can we not like them? I watch quite some mute films; what interests me the most is the musical comment…”

The above statement as starting point, then a bit of speed, a touch of acid and the mix is ready to explode in one of the most kaleidoscopic musical carnivals of the Hippie era that will almost succeed in tearing down the Establishment and American Way Of Life.

Joe Byrd, is singer, musician, activist, common man, revolutionary… and more. But most of all: he is sincere and all the fripperies adorning his music are not there to banter the public. They are a way to hit the mark straight into the heart, where the softest spots are, the immediate keys to the genetic culture of a time, the recognizable and shared prejudices born in a culture (the American Way of Life) that is being (con)tested and counter-cultured on the spot. 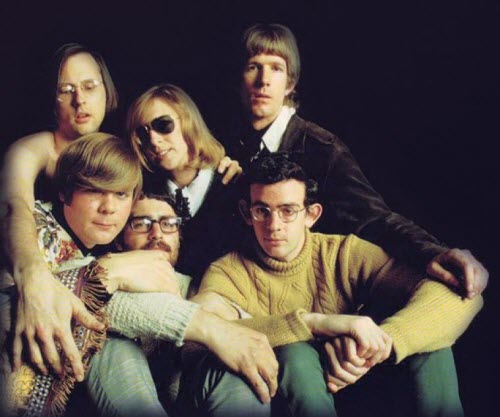 His musical career is very eclectic, from the Bluegrass and Pop (organ and voice) during high school years, to jazz (vibraphone) to political struggle and physically moving from Arizona, to Berkeley, then to New York where he teaches, composes, writes then goes back to California where he joins a commune, completely and continuously high on acid.

The audience’s interest is low, the scene is not yet ready and the acid hippies are not attentive enough. This and the poor advertising set up by the label company (Columbia), made the album crash and the band, despite some good gigs and concerts as supporting act, fell apart due to internal squabbles about the musical leadership and direction.

Byrd himself later commented: “The idea was to create a radical experience. It didn’t succeed. For one thing, I had assembled too many personalities; every rehearsal became group therapy. A band that wants to succeed needs a single, mutually acceptable identity. I tried to do it democratically, and it was not successful.”

Soon after, Byrd rethinks his standpoints, draws lessons from the period with the Ocean Park commune, the extrapolations of electronic music, acid rock and, once again, the Dixieland of the 20’s to put together a new ensemble, the Field Hippies, an organic of 20+ musicians and technicians, who will record, in a couple of weeks, a new album that will be known in the annals of music history under the title of The American Metaphysical Circus. 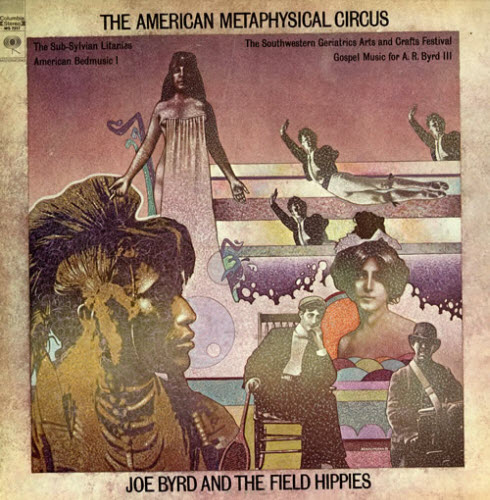 Acid and psychedelia united to commonplace and political rock to bring out a message that is rough and wrapped in plastic foil like an Andy Warhol masterpiece, The American Metaphysical Circus is again a complex kaleidoscope of tracks, with the Sub-Sylvian Litanies like “an acid trip in 11 minutes”, fragments of happenings and crazed tubas.

Also this album will not be a great success, but that is not what Joe Byrd aims at; his message is out there and will stay out there for everyone to hear and comprehend.

All seems to end right there; and in a way it did.

Joe Byrd will keep experimenting and in later years (the 80’s) he will form a klezmer band (klezmer is typical Yiddish music, generally played at weddings, bar-mitzwas and other Jewish celebrations), deepening his research into the roots of Jewish music traditions in the United States.

Till the day of today, Joe Byrd will collaborate with contemporary musicians all over the world, but his signature albums of the 60’s will remain testimonial of a true revolutionary end progressive spirit in the turmoil of the hippie generation.