orn Iain David McGeachy, but later universally known with his stage name of John Martyn, is one of the most intriguing singer-songwriters of the last 40-odds years.

His iconic presence on the musical scene will stretch across 40 years, though to get to know him (and to appreciate his musical genius) his production during the 70’s will be of essential importance. What will come later will be good, but his star will shine dimmer in the blinding light of new movements in music-land, from Punk, to New-Wave, Indie Rock and whatnot, besides the tragic developments of his personal life. 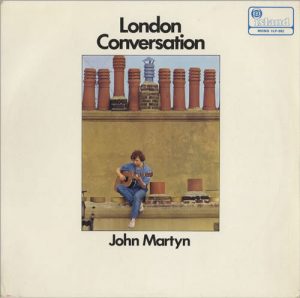 Saying that after the end of the 70s he is not important anymore would be reductive, because until his death in 2009 his music will be constantly at the highest levels. However, to love him and his music, you just need to penetrate the universe he created during that golden period and you will have enough wonderment, love, joy of life and bitter-sweet memories to last for the rest of your life, and further.

Unfortunately, separate from his music, John Martyn will be always tempted to abuse drugs and booze, which will eventually fell him. Apart from that, his research of the true meaning of life will always be the leitmotif of the vast majority of his compositions. 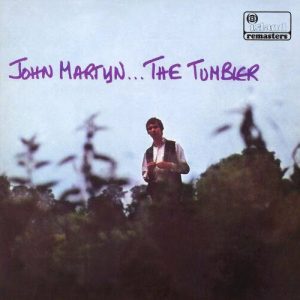 His experience matured already during his first debut years and all the blues, jazz and British folklore will be poured into his magical mind and reach us through this filter into a completely new form, in search of a balance with nature.

He loved Coltrane and Nick Drake and will always seem to be torn between jazz and folk matrices, escaping and transcending both, to create his unique mixture, just like Drake did.

Hist first London Conversation (1967) is an interesting debut work moving between own tracks and re-arranged traditionals and a Dylan cover, but it doesn’t do justice to Martyn’s emerginh creativity. 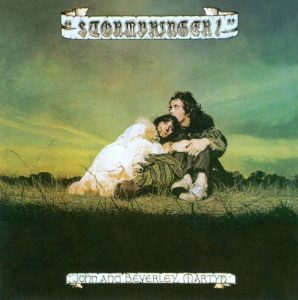 The next The Tumbler (1968) begins to expand towards the jazz matrices and harmonics, offering a wider panorama of impressions, but not yet so focused and unitary as many of the coming works will be.

Martyn begins here to experiment with fuzzboxes, Echoplex and phase shifter, elements that will continue to accompany many of his musical explorations.

More acoustic guitar transfigured through the electronics will come with Stormbringer! (1970), written and performed with his then-wife Beverley, which will soon be followed by The Road to Ruin (1970), also with Beverley Martyn. 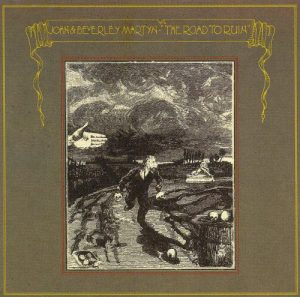 Soon after, the first of a long series of albums definitely bearing the typical Martyn’s seal will see the light: Bless the Weather (1971). The album is implicitly dedicated to Nick Drake and we can hear the echoes of Nick’s compositions and lyrics permeate almost every measure of this wonderful album.

Martyin (vocals, guitar, harmonica, keyboards) will be still accompanied by his wife Beverley (guitar, vocals) though she will not figure anymore on any of the future covers. Also others will be part of the begin of this wonderful journey through the “head and heart” (like the title of one of the best tracks of this album): Richard Thompson (guitar), Smiley De Jonnes (percussion), Danny Thompson (double bass), Tony Reeves (double bass, bass guitar), Ian Whiteman (keyboards) and Roger Powell (drums). 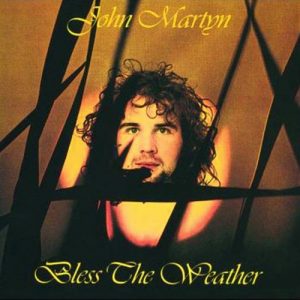 Many people, magazines, critics and radio stations have included Bless the Weather in their lists, like that of The Guardian titled “1000 Albums to Hear Before You Die”. And that cannot be a bad thing.

In 1973, Martyn will release one of the most influential albums of that decade: Solid Air. The title track will be dedicated to his label co-artist and friend Nick Drake, just months before his death. 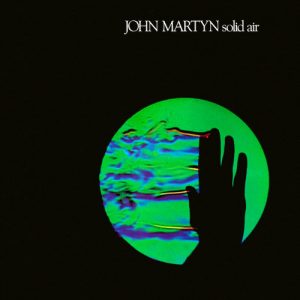 The atmospheres are rarefied and intimate at the same time. The language makes place for the meaning of words half sung, half imagined, that evolve into something more ethereal once they are put out into the world.

The music, more mature and clear, without becoming abstract, remains pointed straight to the heart and never fails to strike a chord, literally. 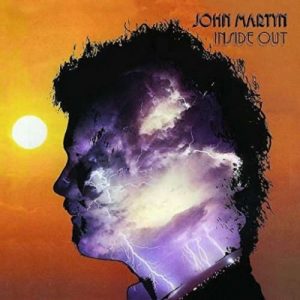 His next Inside Out (1973) is more experimental, but still within the boundaries of the themes already and steadily developed in the past albums. This is more a research about feeling, sensations and their musical manifestations than an experiment on musical structures. Still very impressing, but not at the same maturity levels that Martyn had reached in Solid Air.

After a short silence, Sunday’s Child is released (1975), which goes back to a more familiar song-based structure. 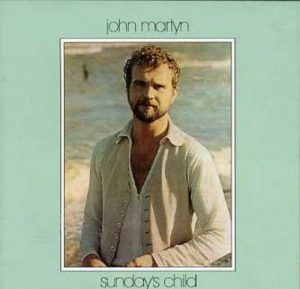 It is at this time, that Martyn will describe as “being happy”, when he decides to take some time-off and travel to Jamaica, to absorb and enjoy its more and more popular musical traditions.

Martyn will be back in 1977 with One World. The scores will all be recorded outside, where the microphones will pick up the ambient sounds, like some geese on the nearby lake. This album can be considered as the apogee of Marty’s production. 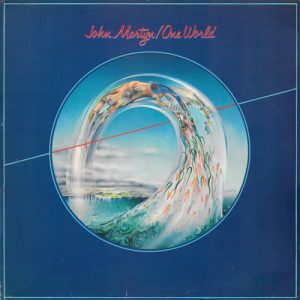 In a way, everything that will come later will have its roots solidly planted into Martyn’s production during the 70s.

Some time before 1980, his marriage will strand and it is at this point that Martyn will “hit the self-destruction button”. Drug and alcohol abuse will eventually destroy him, though his genius will still echo through all his young production during the 70s.

He will compose music until his death in 2009.