is name is indelibly tied to the Canterbury scene. At least, it has been for some time.

Most of the times he finds the perfect companion in Daevid Allen, from whom he will develop the absurd passion for bananas, an element which will surface – in many aspects and forms – here and there during his whole career and which will be a typical and recognizable iconography during the first steps of the Canterbury music history.

According to Kevin’s own saying, Mike Ratledge will force his departure from Soft Machine. 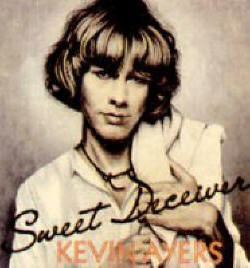 Once Ratledge’s cerebralism will place a too evident mark on Soft Machine’s music, there will be no more space left for the “real” fun.

Once his Soft Machine’s adventure in Canterbury-land has come to an end, Kevin will try very hard to go back to that feeling he had in the Soft Machine’s period in St.Tropez, a time of music, fun, sun, booze and bananas (logically).

He will try to freeze-up that feeling in his album Joy of a Toy, balancing between soft rock tones, experimentalism and Vaudeville song. 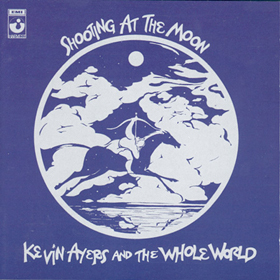 There is a big wink to more commercial music, but knowing Kevin – and his models, Daevid Allen and Robert Wyatt – this can also be just a way to peel a banana in the face of the establishment… Whatever that means.

Shooting at the Moon will soon follow, with the exceptional participation of “His Excellence Soprano Sax Supremo” Lol Coxhill, but still leaving a feeling of indecision about which way to go: experiment or commerce. 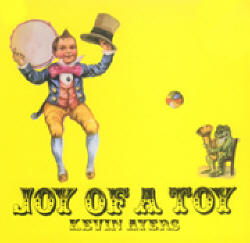 Some kind of maturity (on the other hand, there are no mature cherubs) is reached with the unusual and kaleidoscopic Whatevershebringswesing, where Robert Wyatt will be his vocal companion on the title track, one of the most beautiful and ambiguous songs of the entire album.

The impeccable David Bedford will take care of the splendid orchestral arrangements, while Mike Oldfield (yes, Mr. “Tubular Bells” himself) will be responsible for most of the guitar work, already elaborating his style into the sound that will make him – later on – so recognizable.

Kevin will also move into a separate scene, between music, cabaret and performance with the Cabaret Voltaire, Banana Follies and Whole World, but the experiment is not entirely successful, though very interesting and sometimes genuinely amusing. 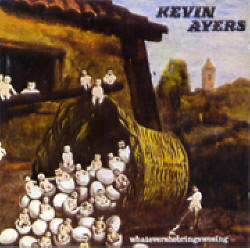 Some time later, he will record Bananamour, a wink to Canterbury and St. Tropez (and bananas of course), but still with a vigil eye to the market.

“Once you become rich, you can have more expensive tea and better cigarettes. However, the product doesn’t change”.

Later on, he will get a contract with Island Records and will team up with Ollie Halsall, who shares Kevin’s predilection for mealy songs and bananas. 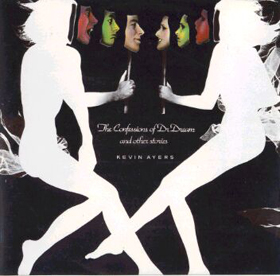 The confessions of Doctor Dream & other stories is moldy, stuffy and cannot fascinate.

The later Sweet Deceiver will have some genial moments, but the overall level will disappoint and leave the listener wondering what Ayers was trying to convey. 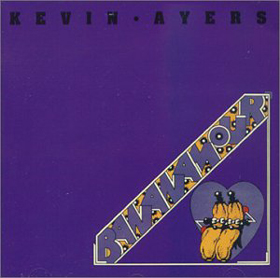 However, we must keep Kevin Ayer’s own words in mind:

“They have tried to teach me how to sell my product, so I would like to be more commercial, even though I must say I have not yet fully understood the meaning of that word”.

A powerful dream, traded for some cash…