lot has been said and written about Krautrock and how Kraftwerk would be one of their major expressions, evolutions and whatnot; but actually the story is much more simple (and shorter) than that.

Like many other formations, there is a “before” and an “after”.

In this case the breakdown point is the year 1975, to be precise before and after their album Radio-Activity.

What is before it, is very good, if not excellent; what is after it, is superfluous, if not horrible.

It all began in 1969, when two students of the Robert Schumann Hochschule in Düsseldorf, Ralf Hütter and Florian Schneider met while participating to several projects promoted by the West-German experimental music and art scene, which formed the cradle of the movement that will become known as Krautrock (apparently thus christened by some merry joker at the Melody Maker magazine).

At first, both Ralf and Florian were playing with a quintet called Organisation, who produced only one album, Tone Float, in 1970. 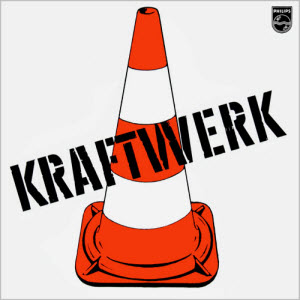 Just after the Organisation interlude, Hütter and Schneider will decide to form a duo, under the name of Kraftwerk (Power Works) and will begin something completely revolutionary in the musical scene of the time.

Their first two albums, Kraftwerk (1970) and Kraftwerk 2 (1972) are very innovative as they are more a sort of free-form exploration of musical improvisation played on traditional instruments and elaborated in the studio by distorting and manipulating the channels, very often by recording multiple dubbings of an instrument on the same track. 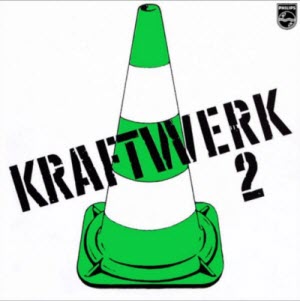 Towards 1973, the duo got more and more involved into the electronic research and therefore most of the acoustic instruments moved to the background, while synthesizers and sequencers became the mainstay of their instrumentarium. The also were one of the first groups to start using the vocoder on a regular base.

Their next effort was Ralf und Florian (1973), which will mark the more electronically oriented path they will be taking from now on.

The album is also marks the peak of Kraftwerk’s creativity, expanding the tracks into mini-suites with already many points of contact with what will become known, many years later, as Ambient Music. 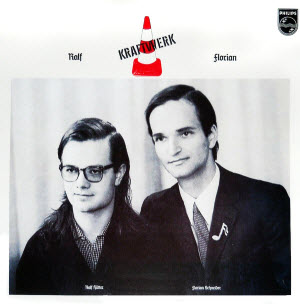 At the same time, they moved firmly and steadily away from the stricter definition of Krautrock, as there is almost nothing left of the rock matrix that was still present in the first two albums, while we kan distinctly get a first taste of what will be the ethereal atmospheres and impeccable arrangements by Brian Eno, Harold Budd and many others in the years to come.

Then, something happened: the duo became a quartet, the music moved from research to commerce while eventually the looks and the stage effects became more important than the (musicasl) content. 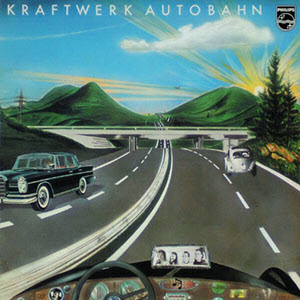 It’s the beginning of a descending hyperbole.

It all starts with their new album Autobahn (1974). This concept-album is not completely bad, by the way, but the easy rhythms and the scene fashion are premonitory of what will became a very dull and thin “Robot-pop”.

Also their stage appearance moves steadily towards the man-machine representation of soulless musical repetitions, without the critical charge that one would expect.

The ultimate crash comes with the next Radioactivity (1975). More of the same and nothing that holds the attention. 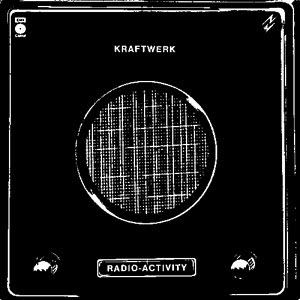 On the other hand, their worldwide popularity begins to rise exactly with Autobahn and the more tedious and meaningless the electronic arsenal becomes, the higher up they will move on the charts.

Many (too many) albums will follow, the one bleaker and more meaningless than the other.

Better leave them at Ralf und Florian and think that Autobahn could have been a promise for innovation that never came true.