he name Lindisfarne was almost forgotten after the band’s heydays in de 70’s, which is quite a pity because they have made a couple of albums that could be considered as a bridge between British Folk and Canterbury.

The formation’s name is taken from the traditions of Celtic Christianity and is the name of the Holy Island of Lindisfarne, generally known with the simple name of Holy Island, or in old Welsh, as Medcaut (Healing Island).

They started off with a couple of different names and formations, but when Alan Hull joined the band, their name and history truly began.

Their first album, Nicely out of tune, came out in 1970 was well received by the public, mostly for the up-tempo kind of tracks that are neither pure Folk nor pure Rock, but something in between that takes from both worlds, with a clear touch of Canterbury influences. 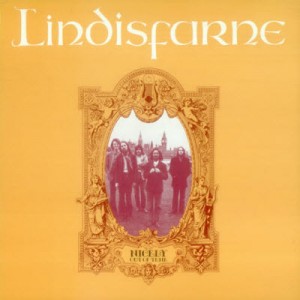 Melodically, the album ticks all the boxes and contains some little jewels like Lady Eleanore, Clear white light, Road to Kingdom Come and Winter song. Though the album did not made it to the charts, the band became very famous with the public through their live concerts.

With their second album, Fog on the Tyne, their success increased, at least commercially, reaching the top of the album charts.

The album is to the day of today a very enjoyable one, with some very good tracks, like Together forever or January song, together with the excellent Meet me on the corner and the title song Fog on the Tyne.

The harmonies are a bit more mature and even though the whole seems a bit more studied ans less fresh than the debut album, Fog on the Tyne is still a wonderful little album that deserves to be in every serious collection of music of the 70’s. 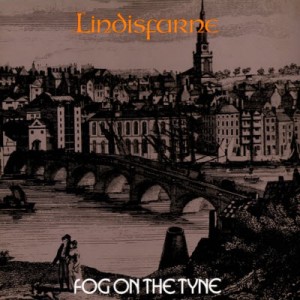 After the successes of Fog on the Tyne, Lindisfarne will release the Dingy Dell album. The product is still valid but from this moment on, squabbles and unsatisfactory discussions on the musical direction and leadership will negatively affect the band’s productivity and coherence. Lots of rearrangements will follow, people leaving, other coming and one album following the other, one less bright than the other.

Even after the death of Hull in 1995, Lindisfarne will keep going on under that name and they will keep a good score of followers and notoriety, but their music will never be so fresh, original and valid as in their two first albums.

Once again, an initially bright story, gone too far for too long.